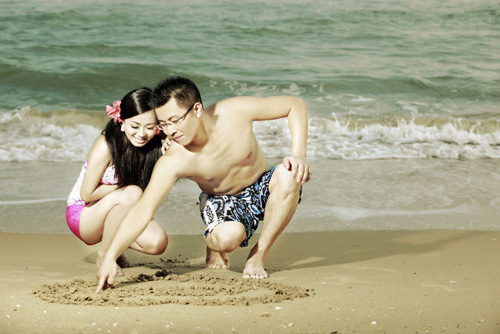 In the year Hainan launched the International Tourism Island Initiative, Sanya reported a robust economic expansion. "The supply and demand was stable; the domestic demand was rising; the structural optimization was well on track; the corporate profits was increased; and the living standards was improved". The growth in 2010 was one of the highest since 1994, second to only the 22.2% in 2007.

Data indicated steady development of the local tourism industry. The overnight visitors increased by by 15.6% to 8.8265 million. The number of those spent the night in hotels went up by 12.3% to 7.4968 million. By origin, the domestic overnight visitors grew by 14.9% to 8.4114 million; the international overnight visitors surged by 30.5% to 0.4151 million. Revenue from tourism industry as a whole ballooned by 34.7% to RMB13.964 billion; and that created by the domestic travellers expanded by 36.0% to RMB12.301 billion. The foreign exchange earnings from tourism grew by 25.5% to USD0.245 billion. The hotel occupancy rate upticked by 0.8 percentage point to 63.1%.

SOURCE: english.sanya.gov.cn
Editorial Message
This site contains materials from other clearly stated media sources for the purpose of discussion stimulation and content enrichment among our members only.
whatsonsanya.com does not necessarily endorse their views or the accuracy of their content. For copyright infringement issues please contact editor@whatsonsanya.com