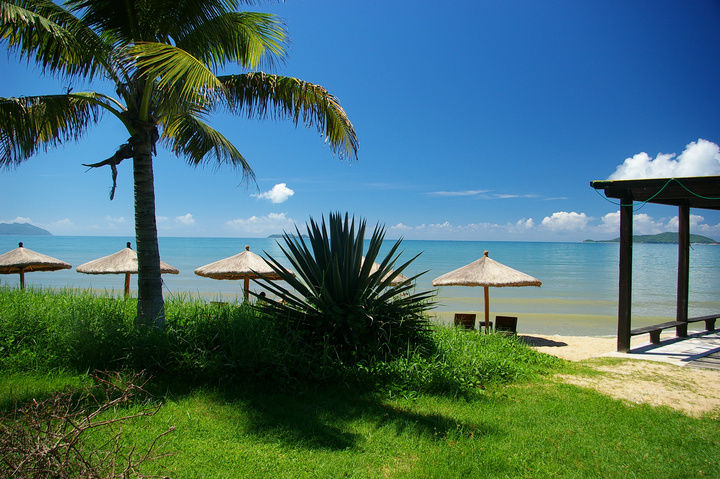 Result for the election of "2010 Amazing China – the Most Attractive Chinese Cities for Foreigners" is announced  in Beijing on January 5, 2010.
Beijing, Shanghai, Dalian, Hangzhou, Shenzhen, Tianjin, Qingdao, Xiamen, Yantai and Wuhu are selected as "the 10 Most Attractive Chinese Cities for Foreigners".
Another 10 cities are nominated including Nanjing, Wuhan, Guilin, Sanya, Chendu, Changchun, Changsha, Lanzhou, Dali and Nanning.
From June to November, 2010, this Selection has attracted more than 179,000 foreign participants who voted on-line, and the ballot covers 353 cities, at the prefecture level or above, in mainland China (exclusive of Hong Kong, Macao and Taiwan). The judging panel consisted of 40 foreign experts, including 39 Chinese Government Friendship Award recipients, such as Tsung Dao Lee, Chinese-American Physicist; Evgeny Kasperskiy, esteemed specialist in the international anti-virus area; Richard David Jackson, President of Shenzhen Development Bank; Morihiko Hiramatsu, initiator of the "One Village, One Product" movement; Pedro Nueno Iniesta, Executive President of China Europe International Business School (CEIBS); Daniel J. Dudek, Chief Economist of the Environmental Defense, USA; Edwin Charles Maher, Host of English Service, CCTV International; and senior foreign expert Soeda Shuhei. Talented foreigners and foreign experts participated by casting their votes based on two general aspects: "city environment for working and entrepreneurship", "city living environment" and 10 detailed indexes. Finally, the results for "2010 Amazing China- the Most Attractive Chinese Cities for Foreigners" and the shortlisted "2010 Amazing China – the 10 Most Attractive Chinese Cities for Foreigners" comes out.
Which are the influential factors for the attractiveness of Chinese cities? We received 343 on-line questionnaires for the Selection and know that according to talented foreigners, the influential factors are (successively): living environment; health care and public security; long-term work opportunities and potential, work environment (including organizational culture and openness); public services for foreigners; international atmosphere and multicultural environment; policies about talent and motivation; measures of employers for talent attraction and motivation; social factors contributing to success of business; long-term opportunities for communication and cooperation.
Tsung Dao Lee and other 40 foreign judges signed and cast their votes. Meanwhile, they evaluated the soft environment of intelligence introduction of 20 Chinese cities based on 10 indexes, among which "foreign talents services system" and "public services" have the highest rate of satisfaction, which is 85.2%, and "living environment" the lowest, which is 11.9%.
Moreover, talented foreigners and foreign experts wrote down their pertinent remarks and suggestions while balloting for the cities. Pedro Nueno Iniesta, Executive President of China Europe International Business School (CEIBS) wrote: "Being a foreign citizen who spends a lot of time in Shanghai during the last 20 years, I can say that I always felt at home. I never had any problem of any type. During this long period of time the whole world faced challenges in terrorism, widespread sicknesses or contamination, but I found that the controls established by authorities on foreigners were absolutely reasonable and applied carefully and efficiently. The growth of Shanghai makes logistics more complicated, but other cities of the world like New York, Paris, London or Mexico City have similar or worse problems. I would however recommend continuation of work on infrastructure." A great number of the suggestions from talented foreigners and foreign experts are of considerable referential importance for improving the soft environment of Chinese cities in further steps.

In May, 2010, China issued the country’s first Medium and Long-term Talent Development Plan, establishing its development strategies layout with talent as a priority. In the following 10 years, China will establish its comparative advantages in the competition for global talent and enter into the range of powerful-talent countries. It needs to keep attracting first-class international talent for innovation and entrepreneurship. This Selection sticks closely to the subject of "Open City and Talent Introduction", aiming to seek foreigners’ value orientation for their work and entrepreneurship in China. It displays the view for China’s introduction of talent and intelligence, guides cities to recognize the development for the soft environment of its talent and intelligence introduction, so as to attract more high-level overseas talent to China for innovation and entrepreneurship.

It is the first time in China for foreign experts who have had outstanding contribution to the development Chinese economy and society to be organized to vote for the most attractive Chinese cities. This Selection has been organized by the "International Talent" magazine. This Selection has acquired generous support and positive cooperation from the Administration of Foreign Experts Affairs all over China.