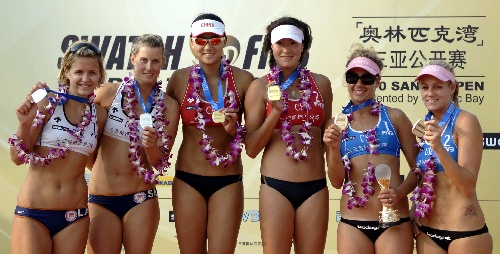 The early deficits seemed to only motivate the U.S. pair even more, however, as Kessy and Ross stormed back in each set to win the match, 21-19, 21-14, at the second-to-last event of the season.

Kessy and Ross trailed 10-7 in the first game before rallying behind some solid plays by Ross. They were behind 6-4 in the second game but went on an 11-3 run from there that included three Ross aces. 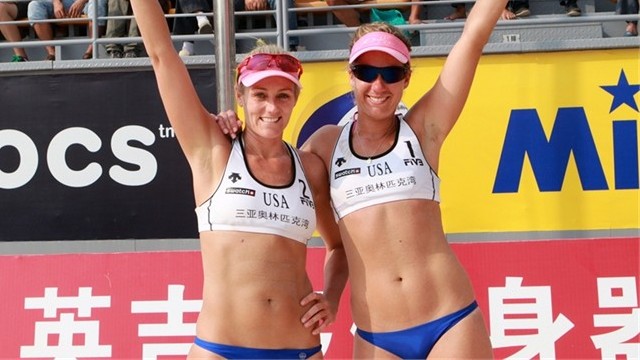 Americans Jen Kessy and April Ross
"After losing in the third round it was good for us to come back through the consolation bracket," Ross told FIVB.org. "I’m proud of us coming back and winning that third-place match. It’s hard when I’m tired to jump serve well, so yesterday I wasn’t serving as well as I did today."

It was the first victory for a Chinese team at home on the FIVB World Tour since 2007.

"I feel like I’m back in the Olympics in Beijing," Zhang told FIVB.org. "It is such a great feeling to win a gold medal here in China."

Goller/Ludwig and Xue/Zhang have played each other eight times, with each team winning four times each. The Germans were 0-5 in gold-medal matches this season, although they’ve won 10 medals in 12 semifinal appearances.