Sanya expected to escape from the severe impact of typhoon Megi 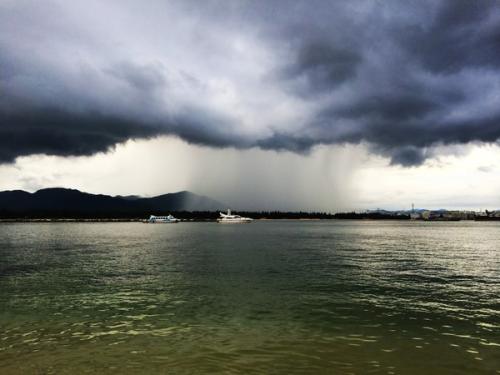 The 13th typhoon, Megi, which was heading towards the coast of Fujian and Guangdong Province will probably have little influence on Sanya, reports Sanya Morning Post on Oct 21st.

According to the orange alert issued by the Central Meteorological Observatory on Oct 20th, on Oct 17th, the centre of typhoon Megi was about 590 kilometers away from the southeast of Zhuhai City, Guangdong. It was predicted to keep moving towards the northwest at a speed of about 10 kilometers per hour and gradually moved towards the middle and eastern coast of Guangdong province. It would probably hit the coasts of this area around Oct 23rd.

Under its impact, wind force near coastal areas in Sanya will reach grade 5 to 6 and gusts could even reach grade 8.

Typhoon Megi weakened as it moved closer to China’s southern coast, according to www.tropcialstormrisk.com.

The prediction of typhoon Megi will have little influence on Sanya is a good news for Sanya. According to the Sanya meteorological department, it will be cloudy in Sanya accompanied with temperature rising from the evening of Oct 21st to Oct 22nd, and the highest temperature will reach 30－33℃.

It was predicted that Sanya will be cloudy and have light showers from Oct 22nd to Oct 24th.