HomeNews & Social MediaSanya NewsHP to set foot in Hainan with 4 projects in Sanya, Lingshui and Chengmai

HP to set foot in Hainan with 4 projects in Sanya, Lingshui and Chengmai 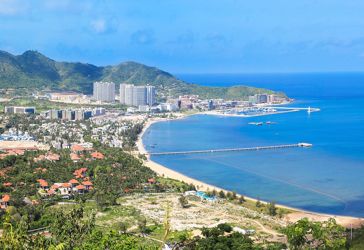 On the afternoon of Oct 20th, the Hainan Provincial Government and Hewlett-Packard Company (known as HP) signed a strategic cooperation and implementation protocol. According to the protocol, the Hewlett-Packard Company will be constructing 4 projects in three cities of Hainan including Sanya, Lingshui and Chengmai, hinews.cn reports.

Rob, vice president of HP and General Manager of HP Global Software Service Center, indicated at the signing ceremony that as one of the largest global IT Companies, Hewlett-Packard Company will build an Asia-Pacific Energy Outsourcing Research Institute and an Outsourcing Service Institute in Lingshui. Meanwhile, they will construct an Urban Future Institute in Chengmai and a Cloud Computing & 3D Cartoon Service Institute in Sanya.

Hopefully, these four projects will enable outsourcing research and service to become a new industry in Hainan.

In addition, Rob expressed his hope for further cooperation in the future. At the same time, HP Company will provide the best technology support and service for Hainan to help it fulfill its goal to become an International Tourism Destination.

Next news: Sea sightseeing tours suspended from Oct 20th in Sanya due to Typhoon Megi