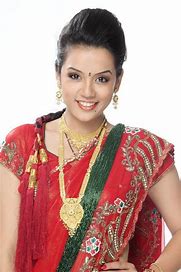 AFTER Venus Raj’s “major major” fourth runner-up finish at the Miss Universe pageant in Las Vegas last August, it is Czarina Catherine Ramos Gatbonton’s turn to vie for the only world beauty crown that has yet to rest on a Filipina’s head: Miss World.

Czarina left last Friday for Sanya, China to represent the Philippines at the 60th annual Miss World Pageant and was given a warm send-off at the Gateway Mall Suites three days earlier.

The 19-year-old, 5-foot-7 Czarina, a native of Isla Pamarawan, Malolos City, Bulacan, goes to the Miss World tilt thinking she has already won because “I have been blessed with so many opportunities – six months of training with the best team, meeting and talking to a lot of people, studying new cultures. It’s hard but very fulfilling.”

It will be remembered that Czarina was the only contestant who answered her question in Pilipino at the Bb. Pilipinas finals last March. When asked who she would like to be other than herself, she confidently answered in the vernacular: “Nais ko pong maging puno sapagkat ang puno ay nagbibigay buhay.” It sounded more sincere in the native tongue coming from a sweet island girl like Czarina.

Like Venus (who grew up amidst the rice fields of Bato, Camarines Sur), Czarina is also a country girl who grew up in the island village of Pamarawan off Manila Bay, a half-hour boat ride from Malolos City proper. She is the daughter of fisherman Renato Gatbonton and the former Amanda Ramos; Czarina also has a younger brother, Christopher, 18.

Named after the title bestowed upon Russian ladies of royalty, Czarina dreamt big, grabbed every break that came her way and realized her dream when she was crowned as Bb. Pilipinas-World 2010.

Now, she joins 119 other delegates worldwide to aim for the Miss World title, hoping to be the first Filipina to be so hailed. All the best, Czarina!

The 60th Miss World coronation pageant will be held at the Beauty Crown Theater in Sanya, Hainan, China on October 30.