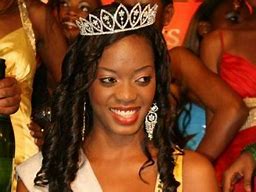 Ms Genevieve Mpangala from Temeke Zone on Saturday night was crowned Miss Tanzania 2010 at the end of a contest held at Mlimani City hall.

Ms Mpangala who is the daughter of Young Africans team manager Emmanuel Mpangala beat 29 other contestants in the competition. The beauties competed in categories involving designed dress, beach wear, evening gown and later answer questions for the top five finalists.

The winner walked away with prizes worth Sh22 million. They included a car worth Sh12 million and a Sh10 million cash prize. The Chang’ombe queen will now represent the country in the Miss World pageant scheduled to take place on October 30 in South Sanya, China.

Flora Martin (Higher Learning Institutions), Britney Urassa, Anna Daudi (Temeke), Salma Mwakalukwa (Ilala) and Alice Lushiku of Kinondoni Zone, made it to the top ten and as result pocketed Sh1.4 million each. The rest of the contestants were given a consolation prize of Sh700,000 each.

The emotional Genevieve shed tears of joy when the Miss Tanzania committee chairman, Prashant Patel, named her the winner. She said later that though winning the crown was a lon-held dream, it was hard to believe that she had actually won it.

“Today am very happy because my dream has come true,” said Ms Genevieve who was subdued by emotion. “All the contestants were a threat to me, but thank God I have achieved what I have always wanted… I promise to do better in the Miss World competition in China,” she added. Compared to similar events in the past two years, this season’s contest was tough to the extent that followers had a hard time predicting the winner of the contest.

The event saw Willemi Etami from Central Zone falling on stage during the beach wear presentation due to a slippery floor. She, however, continued with the contest. The managing director of Lino International Agency, which organises the event, Mr Hashim Lundenga said the incident was not serious.

“Her fall was caused by the high-heel shoes and the slippery stage and not by health problems as some people implied after the mishap… It happens to all human beings once in a while,” said Mr Lundenga.

As opposed to past events, this year’s Miss Tanzania contest was graced by many local artistes. The show was spiced by two opening acts from all 30 contestants. The contestants danced to a song titled Mkono Juu by Mheshimiwa Temba and Chegge featuring Wahu Kagwi from Kenya and later strutted to the song titled Alandji by Jeff Dogolabango from Côte d’Ivoire.

The queens also danced to Wakawaka a popular song by Shakira that used in the opening ceremony of 2010 World Cup competition in South Africa.

The pageantry was coloured by a thrilling dance from Tanzania House of Talent (THT), through their artistes Mataluma, Mwasiti and Lina before Ambene Yesaya (AY) took the stage by storm.

Next news: Sanya voted one of Chinese Youth’s favorite tourist destinations for 2010