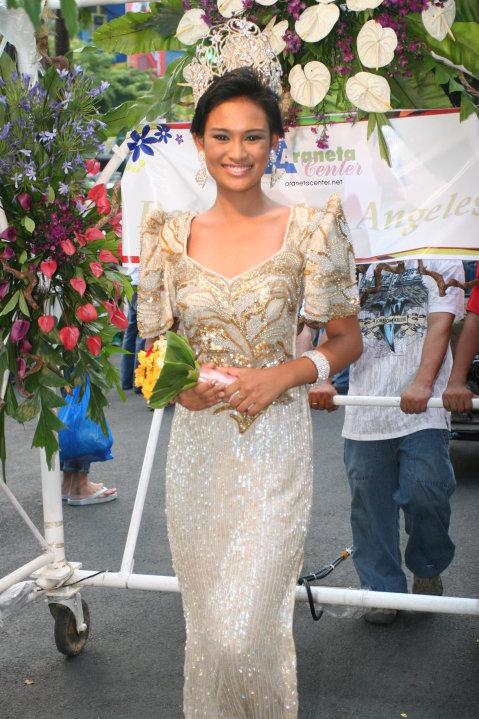 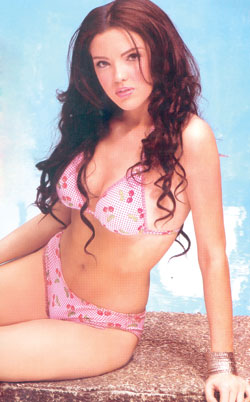 2010 Bb. Pilipinas-World Czarina Gatbonton and Krista Kleiner, 2010 Bb. Pilipinas-International
Personalities and organizers of the two biggest beauty contests in the Philippines Wednesday appeared divided over sending candidates in this year’s beauty pageants in China, which include Miss World and Miss International contests. Roberto De Venecia, president, Mutya ng Pilipinas, has expressed concern over the risk of sending candidates to beauty pageants in China.

"It is certainly alarming and we cannot downplay the risk of sending Philippine participants to pageants in China at this time. The collective sentiment all over China cannot be overlooked. There could be zealous nationals who can be wayward. While blame cannot be universal, it can affect the participant or even any visitor from the Philippines," De Venecia said.

He said that the country at this time should avoid any degree of fun fare, involving beauty pageants.

"Ideally, as a sign of respect, we should avoid any degree of fun fare as a sign of reverence (then let the issue subside for the time being)," De Venecia said.

He added: "On the extremes, the delegates can sign a manifesto of concern and offer their profound sympathies."

The Mutya ng Pilipinas sends contestants to annual beauty contests abroad such as Miss Asia-Pacific, Miss Intercontinental, and Miss Tourism International. It also selects the country’s delegates to the Queen of the Year and Top Model of the World contests.

2010 Bb. Pilipinas-International Krista Mae Kleiner, who will represent the country in the 2010 Miss International contest, has expressed condolences to the victims of the recent hostage crisis in Manila, although she said that she was a bit worried about her future trip to China.

"Representing the Philippines in the Miss International contest, I have the utmost faith in the integrity and the capacity for forgiveness and understanding for the Chinese people," Kleiner said.

Last Monday, Kleiner, 20, who has just arrived from the US, went straight from the airport to the Quirino Grandstand in Manila, site of the recent hostage row, to offer prayers and flowers to the victims.

Sources at the Bb. Pilipinas Charities, Inc. (BPCI) said that the Philippines candidates are pushing through with their trips to China. But they said that decisions can be changed, depending on the situation.

The BPCI sends delegates to the annual Miss Universe, Miss World and Miss International pageants. Organizers said that they will soon issue a statement on their decision to join the annual beauty contests.

But 1979 Miss International Melanie Marquez said that the Philippine candidates should join the beauty contests in China.

2010 Bb. Pilipinas-World Czarina Gatbonton will represent the Philippines in the 60th Miss World beauty contest in Sanya, China on Oct. 30, 2010. The 50th Miss International pageant will be held in Chengdu, China on Nov. 7, 2010.

www.mb.com.ph
Editorial Message
This site contains materials from other clearly stated media sources for the purpose of discussion stimulation and content enrichment among our members only.
whatsonsanya.com does not necessarily endorse their views or the accuracy of their content. For copyright infringement issues please contact editor@whatsonsanya.com