HomeNews & Social MediaSanya NewsArrested in Sanya, Li Lei, 30, confesses to killing 6 members of his own family

Arrested in Sanya, Li Lei, 30, confesses to killing 6 members of his own family 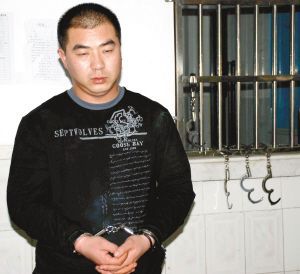 Arrested in Sanya, Li Lei, 30, confessing to stabbing
6 members of his own family at Beijing’s
No. 1 Intermediate People’s Court
A man pleaded guilty to murdering his two sons and four other family members at a trial in Beijing Thursday.

At the trial in Beijing’s No. 1 Intermediate People’s Court, Li Lei, 30, confessed to stabbing his parents, two sons, wife and younger sister to death at their home in Huangcun Township, Daxing District, Beijing, in November last year.

Li was prosecuted by the No. 1 Branch of Beijing Municipal People’s Procuratorate. No verdict was given in court Thursday.

A psychiatric assessment report submitted to the court said Li was free of mental problems when he committed the crime and is therefore competent to take criminal responsibility for his actions.

"My parents were never satisfied with me, and they always expected too much from me. So did my sister and my wife," Li Lei said in an earlier interrogation.

"I had been thinking about killing them for a year. I bought the knife… I do not regret the killings, except those of my two sons," Li told police.

"He insists death is the best solution for all problems. This is a typical ‘twisted’ personality," said a prosecutor.

Li was arrested in Sanya City of China’s southernmost island province of Hainan, a week after he went on the rampage.

SOURCE: CRIENGLISH.com
Editorial Message
This site contains materials from other clearly stated media sources for the purpose of discussion stimulation and content enrichment among our members only.
whatsonsanya.com does not necessarily endorse their views or the accuracy of their content. For copyright infringement issues please contact editor@whatsonsanya.com