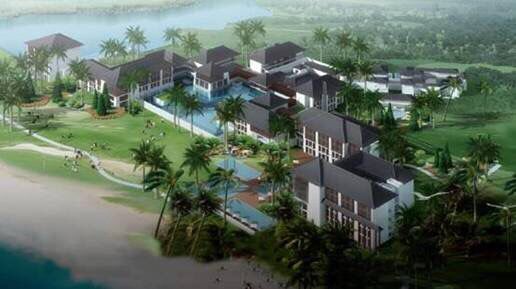 Hyatt’s boutique brand, Andaz, is climbing its way up the hotel chain and making an impact on travelers. The response to Andaz has been bountiful, so much so that Hyatt announced today the company will add three new Andaz properties in Sanya Sunny Bay, China; Delhi, India; and Providenciales, Turks and Caicos.

The 183-room Andaz Sanya Sunny Bay will be the first Andaz property to feature a resort community. It’s located on the southern oceanside of China’s Hainan Island, and will stand next to the 196-room Park Hyatt Sanya Sunny Bay and branded villas. Andaz Sanya Sunny Bay will offer five restaurants, as well as a 2,500-square-foot ballroom and three meeting rooms. The hotel will share a variety of amenities with Park Hyatt Sanya Sunny Bay, including a Spa Village featuring an outdoor swimming pool, beach club, fitness center, extensive spa facilities and treatment rooms, as well as a restaurant, tea house, and bakery.

Andaz Delhi is scheduled to open its 323-rooms and 118 Andaz-branded apartments in 2013. The hotel will feature a variety of amenities including a lounge, theme bar, two restaurants, spa, and fitness center. Additionally, the property will offer a 7,000-square-foot ballroom and seven meeting rooms. This will be Andaz’s first project in India.

The last of the three new properties, the 170-room Andaz Turks and Caicos, will open in 2014 and will include approximately 76 Andaz-branded condominium residences and three villas which owners can choose to place into an Andaz-managed rental program. The hotel will feature a variety of amenities including several restaurants, an outdoor pool, spa and fitness center. Additionally, the property will offer several options for events and meetings, including five Andaz Studios, two trellised courtyards, an event gallery, and a studio display kitchen. The hotel, which will be developed by the Cloisters Group, will be located approximately 15 minutes by car from Providenciales International Airport.

Next news: 1st Haikou International Yacht Exhibition to kick off next March