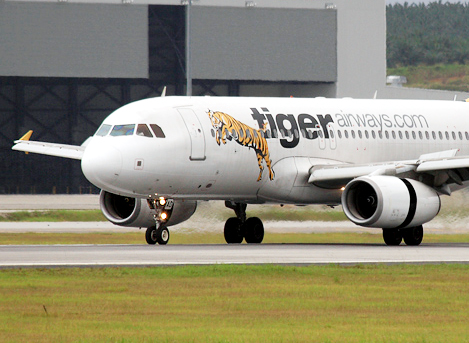 Rosalynn Tay, Managing Director of Tiger Airways Singapore, said, "All our Greater China routes are very popular. We are pleased that we have gained customer support with our commitment to offer the lowest possible fares. Between April 2009 and March 2010, the Tiger Airways Group reduced its average fares by 22% over the previous 12 months. As a result, 54% more passengers chose to fly with us.

"We are keen to bring our famous low, low fares to more destinations in Greater China. We have received numerous requests to fly to various cities, from customers who have to pay higher fares with other airlines. To help us decide which route to launch next, we want to hear our passengers’ opinions. "

The destinations being considered currently are Changsha, Chengdu, Chongqing, Guilin, Hangzhou, Kunming, Nanjing, Sanya, Shanghai, Shantou, Taipei, Wuhan, Wuxi, Xiamen, Xi’an and Zhuhai. Just like all other Tiger Airways routes, they are within a flying radius of about 5 hours. This helps to keep operations simple, efficient and cost effective, enabling Singapore’s largest LCC to keep offering the lowest possible fares.

Currently, Tiger Airways flies to 5 destinations in Greater China – Guangzhou, Haikou, Hong Kong, Macau and Shenzhen. The latest among these destinations is Hong Kong, which was launched in November 2009, with flights starting in February 2010.

Previous news: Urban fixed-asset investment in Hainan up 55.6% in Jan-April