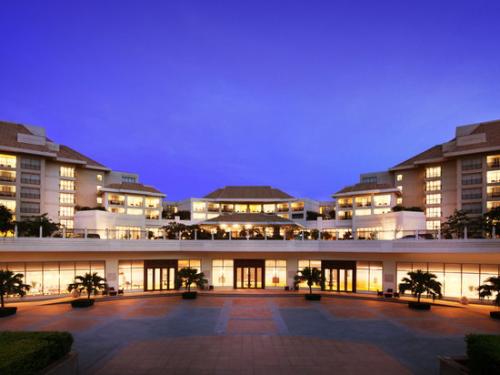 Marriott International said Tuesday that it plans to double the number of its hotels in China during the next five years, the latest evidence that the hospitality industry is looking overseas for its best shot at growth.

Marriott said it was attracted by China's robust tourism industry, which is expected to reach 2.1 billion domestic and international visitors this year.

More than 25 hotels are under construction or being planned in China through 2013, and the company signed seven hotel management agreements recently as it seeks to increase its presence.

Analysts said the growth strategy is expected, given the growing middle-class populations in China and India, which have more than 1 billion people each.

"The long-term growth prospects for China and India are phenomenal," said John Arabia, an analyst with Green Street Advisors. "There are costs for moving into new countries, and it's not something that can be done overnight.

"But the growth potential of those countries long term outweighs the growth prospects" in the United States, Arabia said.

The challenges include introducing the Marriott brand to a new customer base, forging relationships in new markets and adjusting to real estate laws in those markets.

Marriott International has more than 3,400 properties in 70 countries and territories.