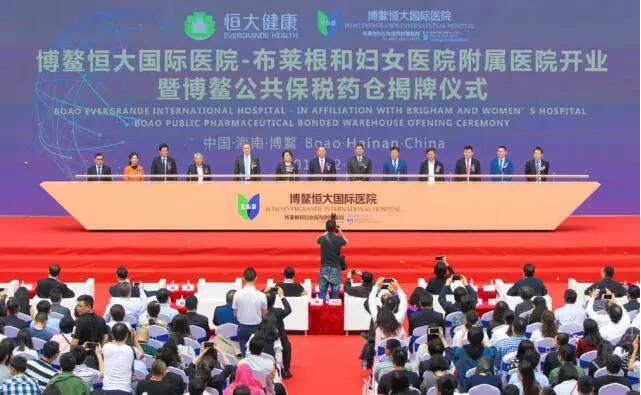 In 2015, China’s real estate titan China Evergrande Group signed a contract with Brigham and Women’s Hospital (BWH), an affiliate of Harvard University, agreeing to open a new hospital in Hainan.

Located six kilometers away from the site of the Bo’ao Forum for Asia, the hospital’s “first phase” is now open to the public.

The hospital specializes in cancer treatment and prevention. The new facility has leveraged the zone’s unique policies to bring advanced tumor treatment therapy, equipment, technology, and talent to China.

The hospital will bring all management, treatments, operations, and rehabilitation systems in line with those of Brigham, with the aim of becoming the world’s leading cancer hospital. Top medical experts and the nation’s best medical practitioners will be invited to join the hospital’s outstanding team of medical professionals. In addition, the local government has given approval for the Bo’ao Evergrande International Hospital to establish a proton therapy center. Scheduled to open in late 2019, the proton therapy center will be the first in HbOainan Province.

It is anticipated that more than 2,000 patients each year will be treated with cutting-edge proton therapy treatment at the new proton therapy center.

Next news: Sanya gets seal of approval after spectacular debut stopover