HomeNews & Social MediaHainan NewsChina’s oil rig No.981 back in operation off coast of Hainan

China’s oil rig No.981 back in operation off coast of Hainan 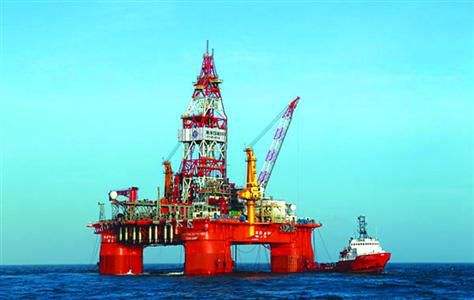 Chinese maritime authorities announced that the offshore oil drilling vessel 981 is back in operation off the coast of Hainan island.

China National Offshore Oil Corporation, which owns the vessel, has said that they withdrew the platform after the mission successfully found oil and gas reserves.

The two sides repeatedly collided with each other as Chinese ships tried to fend off the Vietnamese.

China's Foreign Ministry said that the Xisha operation was within Chinese territory, emphasizing that the movement, resumption or revocation of the project should be decided by nobody but the company.

According to the China Maritime Safety Administration's statement, the new location of the drilling operation is some 68 nauctical miles off the south-eastern tip of Hainan Island.

The new site is some two hundred nauctical miles to the north-west of its previous location.

The new drilling mission is expected to last until September 30.