Satellite images of possible debris from the missing Malaysia Airlines flight MH370 have been released on a Chinese government website.

The three images show what appear to be large, floating objects in the South China Sea. Previous sightings of possible debris have proved fruitless.

The China-bound plane went missing on Friday with 239 people on board.

It vanished about an hour after it took off from Kuala Lumpur as it flew south of Vietnam’s Ca Mau peninsula.

No distress signal or message was sent.

The three images are: 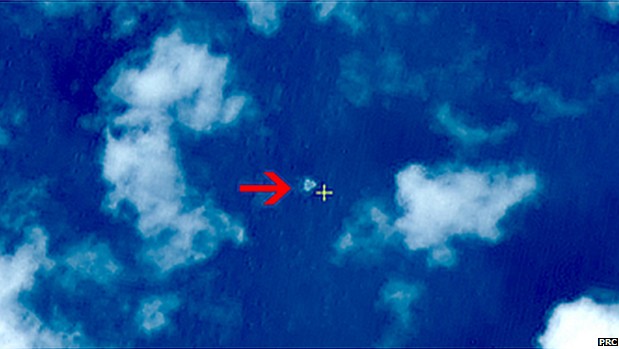 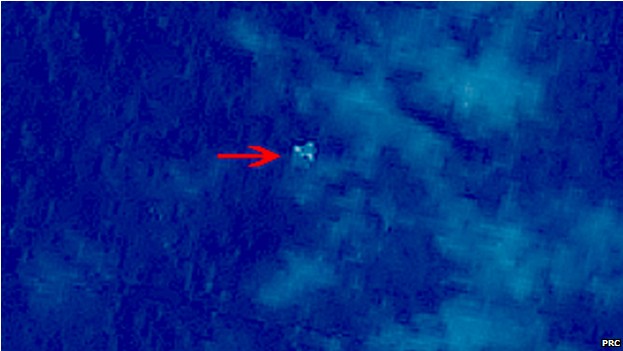 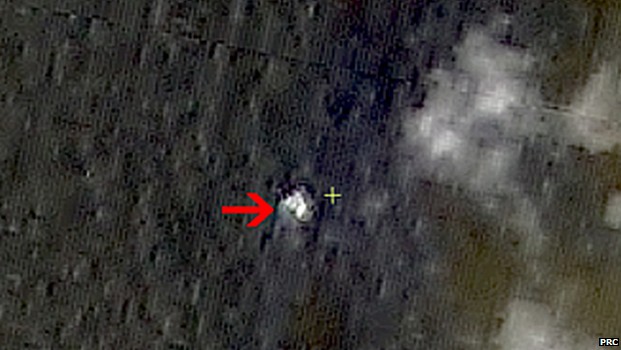 Chinese officials suggest the images may show pieces of wreckage
The images were taken on Sunday, a day after the plane disappeared, but were only released on Wednesday on the website of China’s State Administration for Science.

Map co-ordinates place the objects in the South China Sea east of Malaysia and off the southern tip of Vietnam.

Separately, Agence France-Presse quoted US officials as saying that US spy satellites had detected no sign of an explosion in the area at the time. The system has detected such heat signatures in the past but none was discovered this time, the officials said.

‘All right, roger that’

China has deployed several high-resolution satellites – controlled from the Xian Satellite Control Centre in northern China – to help search for the jet, the People’s Liberation Army said on Tuesday. Captain Philip Ryddell explains how pilots deal with emergencies
Earlier, Malaysian authorities revealed that the last communication from the jet suggested everything was normal on board.

Flight MH370 replied "All right, roger that" to a radio message from Malaysian air control, authorities said. Minutes later all contact with the plane was lost.

The area where the latest images were taken appears to be close to where the initial search took place.

Malaysian officials have since widened the search to the west of the peninsula amid reports that the plane could have tried to turn back or – for reasons that are not clear- turned west towards the Malacca Strait.

Malaysia said it had also asked India to join the search near the Andaman Sea, suggesting the plane might have reached those waters after crossing the Malacca Strait.

Earlier on Wednesday, Malaysia’s air force chief Rodzali Daud denied remarks attributed to him in local media that the flight had been tracked by military radar to the Strait.

Gen Rodzali Daud said he "did not make any such statements", but added that the air force had "not ruled out the possibility of an air turn-back".

China’s foreign ministry has complained that there is "too much confusion" regarding information released about the plane’s flight path.

There were 153 Chinese nationals on the flight.

"It is very hard for us to decide whether a given piece of information is accurate," spokesman Qin Gang told reporters in Beijing.

Malaysian Transport Minister Hishammuddin Hussein dismissed the allegations and said that Malaysia would "never give up hope" of finding the plane’s passengers and crew.

"It’s only confusion if you want it to be seen as confusion," he told a press conference.

"I think it’s not a matter of chaos. There are a lot of speculations that we have answered in the last few days," he added.

SOURCE: BBC
Editorial Message
This site contains materials from other clearly stated media sources for the purpose of discussion stimulation and content enrichment among our members only.
whatsonningbo.com does not necessarily endorse their views or the accuracy of their content. For copyright infringement issues please contact editor@whatsonsanya.com