Surfing in China gets wave boost in Hainan Wanning 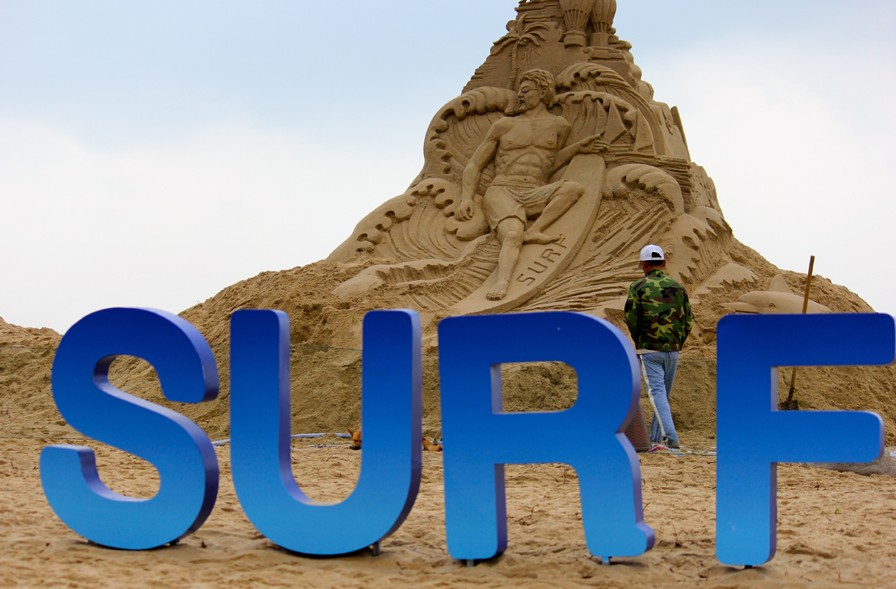 But the main question is will they be able to get enough Chinese to take an interest in the sport?

Most people assume surfing is an alien sport in China. But actually, the Chinese discovered the joys of wave riding hundreds of years ago.

Documents and pictures from the Song dynasty show bodyboarders in Hangzhou’s Qiantang River.

But unlike the ancient Hawaiians, these Chinese river boarders never seemed to have ventured into the ocean.

During the 2013 SWATCH Girls Pro in Hainan, the beach was lined with Chinese tourists and locals who were admiring the competition.

He chunan, a tourist visiting from Hunan, stood for hours watching the surfers cut through the waves.

But were they tempted to try surfing themselves?

Most said they wouldn’t mind, but they’d need learn how to swim first.

Others, like Hainan university student Fay, said nothing could induce her to try surfing.

I think it is too dangerous. I heard that a board went through a girl’s throat.

Boards going through throats may be part legend, but ocean safety is a legitimate concern.

But the website is also a source of basic ocean knowledge and water safety, two things the Chinese generally lack.

Lifeguarding principles, basic knowledge about how to face the ocean. We discovered that they really don’t know anything. They don’t teach them how to face the danger in the water.

Apart from danger, another common excuse is simply that surfing does not suit the Chinese people.

It’s the same attitude that the NFL encounters as it tries to promote American football, or that Chinese basketball players had to overcome before Yao Ming crushed that stereotype.

Chinese surfer Monica Guo says just wait and see, Chinese surfers will only get better and they’ll prove that they belong out in the water.

"But I think in the future..us, we can prove ourselves a little bit, can show how good we are. We can own these waves, and we can own this sport."

The surfers who do come to Hainan are already inspiring the next generation of Chinese surfers.

Several of the athletes competing in last week’s world championship visited an elementary school in Wanning.

American surfer Kassia Meador wrote two lines on the whiteboard: Surfing is for everybody. Waves are free.

They were like "what it’s for everybody we can do that too? You can just tell right then and there know even though they haven’t been in the water yet. We changed their mind. and their eyes to the world of surfing.

There is still a lot to teach people about the ocean and surfing, but the seeds of a surf scene are definitely being planted in Hainan.

SOURCE: cri.cn
Editorial Message
This site contains materials from other clearly stated media sources for the purpose of discussion stimulation and content enrichment among our members only.
whatsonsanya.com does not necessarily endorse their views or the accuracy of their content. For copyright infringement issues please contact editor@whatsonsanya.com

Previous news: Global New Energy Vehicle Conference to be held in Haikou in 2014