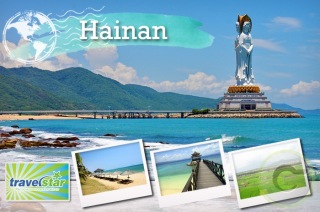 As a new law on tourism is about to take effect on October 1, which coincides with the National Day holidays, a traditional golden period for China’s tourism industry, some travel agencies told the Global Times Wednesday that they have increased their tour prices in compliance with the law.

Prices of long-distance package tours after October 1 have increased by 20 to 30 percent, and tours to Hainan and Yunnan provinces, which used to see a large number of forced goods purchases, increased by more than 50 percent, travel service provider qunar.com  said on Monday.

Prices for package tours to almost all destinations have increased by as much as 50 percent compared with last year, mainly because of the upcoming tourism law, which will ban all tourism activities that charge additional fees and involve forced goods purchases arranged by travel agencies, a staff member with a Beijing-based travel agency told the Global Times Wednesday on condition of anonymity.

He said the number of travelers during the National Day holidays from October 1 to 7, is expected to be less than previous years.

Zhang Qingzhu, marketing manager of China Comfort Travel Group, said that prices for package tours to Southeast Asian destinations were greatly affected, but she declined to disclose the growth rate.

"The tourism law aims at changing people’s ways of traveling, not at specific destinations," Zhang said.

As a result, more consumers will choose independent travel tours for which agencies arrange only accommodation and flights but not the travelers’ itineraries, with more than half of consumers traveling to short-distance overseas markets such as Japan, South Korea and Southeast Asia choosing this kind of tour, qunar.com said. Zhang from Comfort Travel said her firm is designing more independent travel trips now.

However, not all travel agencies have been affected by the new law.

Li Mengran, a PR staff at Beijing UTour International Travel Service Co, told the Global Times Wednesday that the company attracts consumers through high-quality tours rather than low prices and it provided detailed information for consumers even before October 1, so only prices for tours to Southeast Asia have risen slightly. Li said the law will have a much bigger effect on smaller travel agencies relying on forced purchases and rebates, which are banned by the upcoming law.

Although she believed that independent travel tours will become more popular, the demand for package tours will not decrease, because of language, transportation and visa barriers, Li noted.

A reduction in customer numbers is inevitable for travel agencies, Yang said, suggesting that firms pay more attention to services and unique features rather than competing on price.