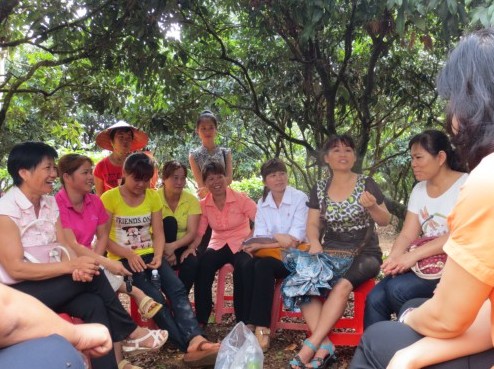 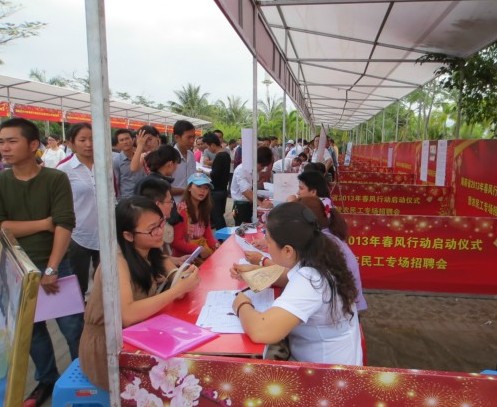 As one of the first provinces in the country to issue interest-free small-loans to help promote women’s employment and entrepreneurship, Hainan has held 1,416 lectures and distributed about 1.42 million copies of reading materials on skills training, benefiting 385,000 women. Meanwhile, the federation works together with the Hainan Province Economic and Technological School to provide vocational education for impoverished women. Over the past four years, 4,035 of them have found employment.

Aside from promoting women’s employment, the federation has been making great efforts to drive women’s and children’s development.

The 12338 hotline to safeguard women’s and children’s rights is currently available in every county of the province. In addition, service stations have now been set up in all the towns and villages as well as city sub-districts.

In implementing the free breast and cervical cancer screening program, a project jointly launched by the former Ministry of Health, Ministry of Finance and the All-China Women’s Federation (ACWF), 181,700 women have been screened for cervical cancer and 39,900 women for breast cancer since it was launched in the province in 2009.

Meanwhile, the Hainan Women’s Federation has helped 902 impoverished women who were diagnosed with breast or cervical cancer to apply for financial aid worth more than 4.23 million yuan (US$ 691,182) from the China Women’s Development Foundation (CWDF), a special fund of the central government and the Chengmei Charity Foundation.

The federation also launched several campaigns to raise funds for the Spring Bud Project, which helps girls in poverty-stricken regions return to school. So far, donations of more than 3.5 million yuan (US$ 571,900) by 26 enterprises and organizations have helped approximately 7,000 girls return to school, with about 2,000 of them having finished senior high school.