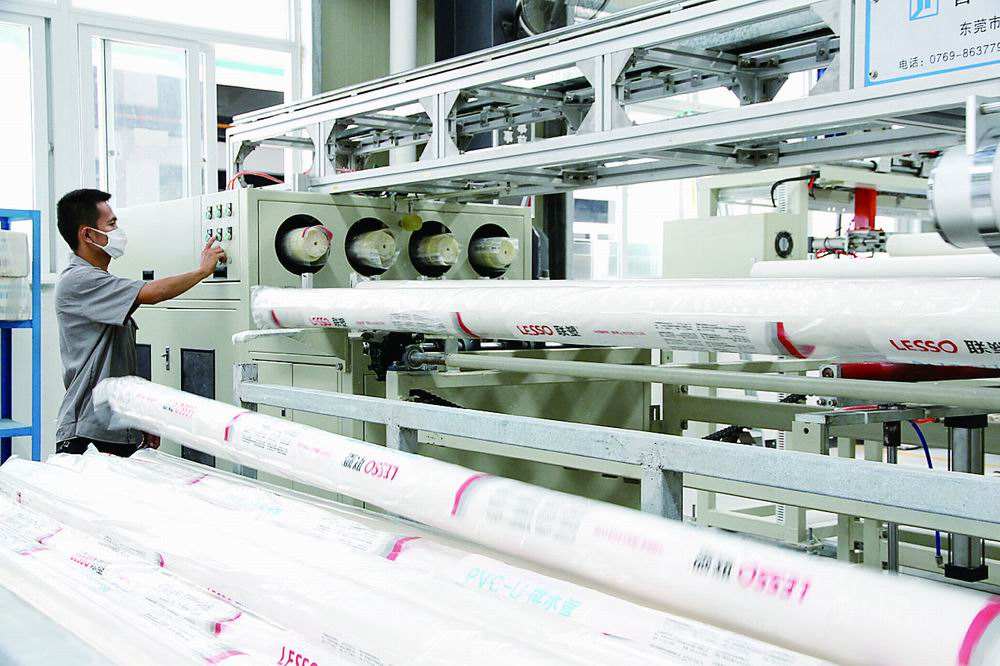 Signs of a more difficult market for plastic pipe in China have not apparently caused major problems for pipe maker Lesso Group Holdings Ltd., which reported that sales in the first half of the year rose 18 percent to 5.692 billion yuan ($929.2 million) and profits rose 13 percent to 678 million yuan ($110.7 million).

Lesso, which changed its English name from Liansu earlier this year, said it was pushing ahead with a new pipe plant in Hainan Province, its 15th nationwide, as part of 1 billion yuan ($163.2 million) in capital investment this year. It plans to open a facility in Yunnan Province next year.

But it noted worrying trends such as more price pressure in PVC pipe markets, general economic belt-tightening in China and concerns over the “deterioration” of local government debt that could pinch its property and infrastructure markets.

“Although there was a complex, volatile and challenging macro environment, the Group’s business environment of plastic pipe in the first half of 2013 seemed to be less strenuous than the same period last year,” it said. “Demand for plastic pipe remained steady during the review period, as infrastructure activities and sales of residential properties in China continued to be stable.”

However, Foshan -based Lesso mentioned several times in its Aug. 19 report to the Hong Kong Stock Exchange that it expects the difficult economic situation to “further intensify the consolidation of the plastic pipes and pipe fittings industry.”

It said it believed it has advantages as the sector consolidates because of its large size and focus on expanding its sales network.

Lesso said it was responding with a more stringent credit policy to distributors, demanding payment in advance or on delivery for everyone except the most well-established firms.

“In the wake of the deceleration in China’s economic activities, the Group has been proactively pursuing the strategy of economies of scale and expanding [its] sales network in a bid to drive both turnover and profit growth,” it said. “The management expects this strategy to further precipitate industry consolidation.”

Lesso in recent years has announced investments in new lines of business outside of plastic pipe, mainly in other building products, but those efforts have yet to become a significant part of its sales.

SOURCE: plasticsnews.com
Editorial Message
This site contains materials from other clearly stated media sources for the purpose of discussion stimulation and content enrichment among our members only.

Next news: 2013 China (Hainan) Int’l Golf Tourism Expo to be held in Haikou