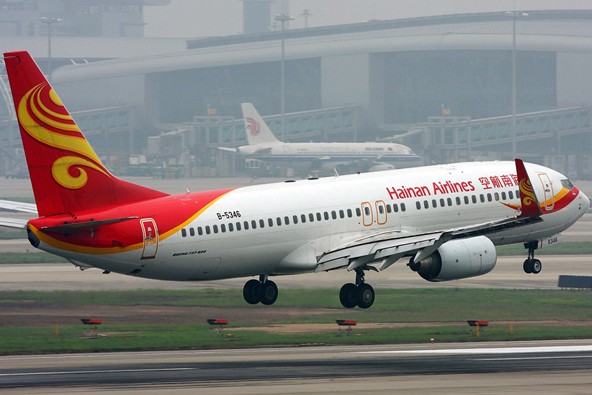 Hainan Airlines
All ten of the most-delayed Asian airlines last month were Chinese carriers, according to a new report from FlightStats, an American flight-tracking service.

The statistics showed that the average on-time performance rating among all 41 Asian airlines was 68.86 percent in June, down 3.35 percent from May 2013. The cancellation rate in the region was 2 percent.