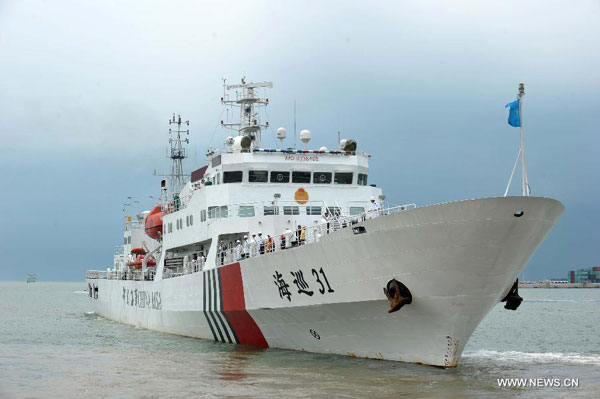 Bebinca, which formed on Friday, was in seawater 550 km southeast of Yangjiang City in Guangdong at 10 a.m., said Zhang Dong, chief weatherman of the provincial meteorological station.

"With maximum winds of 80 km per hour, it is heading northwest toward Guangdong’s coastal areas at 15 to 20 km per hour," he said. "It’s expected to make landfall near Taishan or Wenchang of the neighboring Hainan Province on Saturday."

Affected by the tropical storm, coastal areas in the western parts of Guangdong will be battered by gales and torrential rain in the coming two days, said Zhang.

Local authorities have warned citizens to be on guard against extreme weather conditions and potential resulting damage.

Bebinca is named after a pudding common in Macao.

Next news: 4 fishermen who go missing after Bebinca’s arrival in Hainan found safe