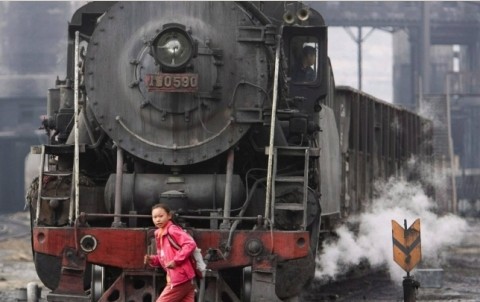 Rail freight volume in China dropped 0.7 per cent on year to 3.9 billion tonnes last year. Photo: EPA
The central government plans to reform its railway freight industry to boost efficiency and drive down costs in the fragmented logistics sector.

The reforms, which took effect on Saturday, are expected to simplify railway freight procedures and provide customers with better service.

The move is the first of a series of measures planned by China Railway Corp for the next few years as it faces pressure to boost demand for railway freight services and turn itself into an efficient and profitable business.

Ministry of Transport statistics show railway freight volume dropped 0.7 per cent to 3.9 billion tonnes last year because of economic weakness and less demand for coal. The trend continued this year, with freight traffic falling 0.8 per cent in the first quarter.

"We must turn from being a bulk-goods-focused transport service provider to being a full-service logistics provider," Sheng Guangzu, a general manager at China Railway, said last month.

Railway freight services on the mainland are notorious for their complicated application procedures, long waiting times and inefficiency.

Under the reform plan, customers will be able to arrange cargo delivery through a hotline and online platforms, in addition to traditional counter services.

China Railway, while guaranteeing sufficient transport capacity for bulk goods, such as coal and petroleum, also promises to offer prompt service for customers with goods such as electrical equipment and daily necessities.

The state-owned railway operator also vowed to draft a transport plan based on customers’ needs and to make pricing more transparent.

The company’s subsidiaries in provinces such as Guangdong, Hunan and Hainan are among the first to launch door-to-door services that include the collecting, loading, packing, processing and delivering of goods.

Previously, clients were required to deliver and pick up their goods at train stations themselves. Guangdong Railway Corp is working on "seamless transition" so as to integrate rail, sea and air transport.

China Railway was formed in March when Beijing eliminated the Ministry of Railways and split the commercial and administrative operations of the national railway network.

The company inherited the railway assets and 2.66 trillion yuan in outstanding liabilities.