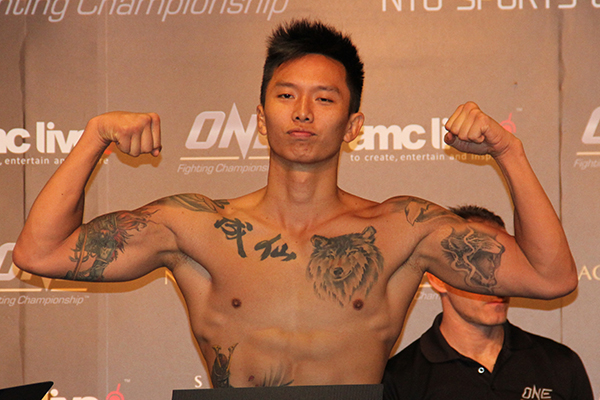 Taiwanese welterweight Jeff Huang is set to feature in China’s biggest mixed martial arts (MMA) promotion this month. The 34-year-old will be taking on Wang Aning at Ruff 9, which is set to take place at the MGM Grand in Hainan on May 18.

Huang will not have youth on his side when he goes up against Wang Aning, but he has just returned from an extensive training camp in Brazil and the US, and believes that experience might just give him the edge in this encounter.

"I have been training with some top-ranking, world-class fighters. Their level is way higher than mine, so I really learned a lot from getting beaten up in sparring with them. It made me mentally tough because I had to force myself to stand in front of them and try to survive,” he said.

Ruff was founded in 2007 and only fighters who are either native to China or who live in the region and possess a valid work permit are allowed to compete. Huang is to debut for Ruff on May 18 and will be fighting for the first time in almost a year.

In the intervening months, he has been training after quitting his job as an investment consultant in Taipei to dedicate himself to pursuing his dream of becoming a professional MMA fighter.

He was training at the American Kickboxing Academy in California at the start of the month, but flew back home to put in some final preparations for Ruff 9. After months of training, this will be a major test for Huang, whose opponent is fighting out of the most successful MMA camp in China, and he admits to feeling some pre-fight nerves.

"I am always nervous, but that’s a positive thing because it makes me cautious, and that makes me think more and train harder. I respect everyone who has the guts to step into the ring or cage, so I will always be nervous and get the best preparation for any fight,” he said.

Next news: Flights to Sanya and Haikou booked out during May Day holiday