Boao full of promise for future growth in Hainan 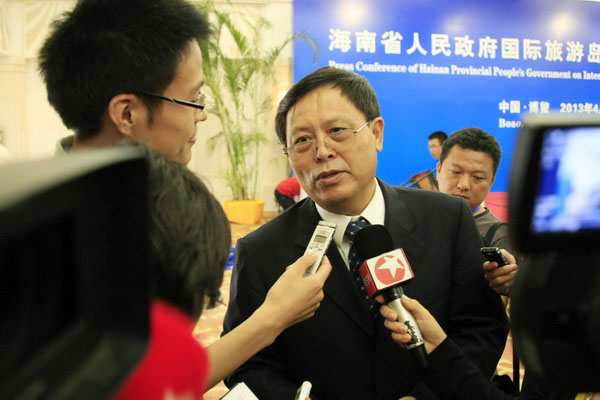 In 2009, the island province was put on the list of national strategies for development as an International Tourist Destination.

Since then, a series of preferential policies, such as free visas for tourists from 26 countries and offshore duty-free shopping of up to 8,000 yuan ($1,290), have been granted to the province to boost its development and opening drive.

Last year, the province turned out more than 285.52 billion yuan in GDP, which was an increase of 55 percent over that of 2009, Tan said.

This has enabled the local government to spend more on improving the livelihood of its people, such as education, healthcare, social security and housing, Tan said.

Much of the investment went to construction of infrastructure – hotels, high-end commercial estates and tourism facilities – all expected to further improve the conditions of its tourism industry.

Now the province is embracing new opportunities for even faster development. In Lingshui on the southeastern part of the island province, a pioneering experiment zone has been approved for construction. In Boao, meanwhile, an international medical tourism pilot zone will be built.

Tan said that the Lingshui International Tourist Destination Pioneering Experiment Zone, approved by the provincial government in January, will have a planned area of 114.88 square kilometers. In about 10 years, it will be built into a model demonstration zone, a culture industry cluster and a world-class vacation resort.

Banks have offered loans totaling 62 billion yuan for construction of the zone.

Tan invited the world’s top hotel corporations to have a presence there.

The Boao Lecheng International Medical Tourism Pilot Zone project will cover an area of more than 20 sq km, of which nearly half will be used for construction, said Jiang Sixian, a senior official of the province.