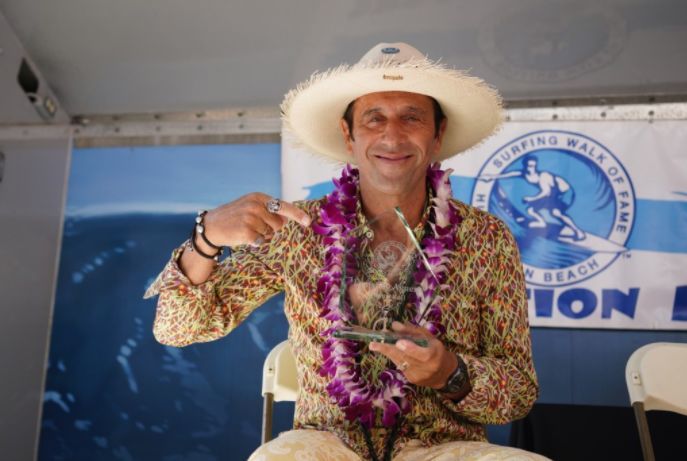 A few years ago, the words "surfing China" might conjure images of hooligans skipping your grandmother's finest porcelain plates down a stream somewhere. But after two years of successfully running the ASP-rated Hainan Classic at the lefthand pointbreak of Riyue Bay, "surfing China" now has a more appropriate reference point.

It's been an ambitious couple of weeks here. This contest was not only the first completed Star event of the 2013 season, but it closed out the Hainan Wanning Riyue Bay International Surfing Festival, which indulged a partnership between the ISA and the ASP for the running of two events: the ASP Men's 4-Star Hainan Classic and the ISA China Cup.

"This has been an amazing event filled with lots of surprises," said a thrilled ISA President Fernando Aguerre. "In the name of the ISA and the over 35 million surfers in the world, I would like to thank China's National Water Sports Association, the Hainan Culture and Sports Department, the Wanning Sports Bureau and especially our great partners, Womei Media. With all of their support, I'm looking forward to coming back to Hainan for the third time next year for what will be a bigger and even better event."

Easily the standout performer of the event, former 2011 ASP World Junior Champion Caio Ibelli's dance found favor in the long, winding Riyue Bay lefts — earning him four of the top-eight wave scores and four of the top-five two-wave heat totals of the event. Although size diminished to two-foot by the time the Brazilian took to the water for his man-on-man final with Australian threat Mitch Crews, Ibelli proved to be unstoppable en route to his first ASP Men's victory, worth 1000 points and $15,000 USD in prizemoney.

But before that climactic showdown with Crews, Ibelli had to halt former Dream Tour veteran Gabe Kling in the quarterfinals, who had reportedly been on-fire the entire contest. After that hard-fought battle, he had to top fellow Brazilian and Oakley stable-mate Matheus Navarro with a last-minute ride. Officials announced the score — a 4.60, worthy of advancement — with both surfers waiting on the sand.
"Matheus [Navarro] is a guy I always travel with," said Ibelli. "That was a really tough heat — there weren't a lot of waves and he is my friend. He was in first for the whole heat. Then I got a wave at the last second. Stoked."

But as far as star power, no surfer came packing like Crews, a Coolangatta shredder of the highest order, who came into this event packing a runner-up finish at the previous week's ISA China Cup. Crews dispatched fast and radical Indonesian surfer Made Widiarta, the last goofyfooter left in the contest, in the semifinals before getting handed his second bridesmaid in two weeks courtesy of Ibelli.
It can't sting too bad; though, as the Tour now heads to the kid's hometown, the Gold Coast of Queensland, for the 4-star Breaka Burleigh Pro at Burleigh Heads — a spot Crews knows a thing or two about.
Meanwhile, Caio Ibelli can rejoice in that he has officially evolved from junior phenom to bona fide professional threat — having gotten that Star-victory monkey off his back. But the coolest thing of all is that, for the rest of his life, whenever someone asks him where he won his first big pro contest, he'll say "China."
And it won't even sound weird.
SOURCE: surfline.com
Editorial Message
This site contains materials from other clearly stated media sources for the purpose of discussion stimulation and content enrichment among our members only.
whatsonsanya.com does not necessarily endorse their views or the accuracy of their content. For copyright infringement issues please contact editor@whatsonsanya.com