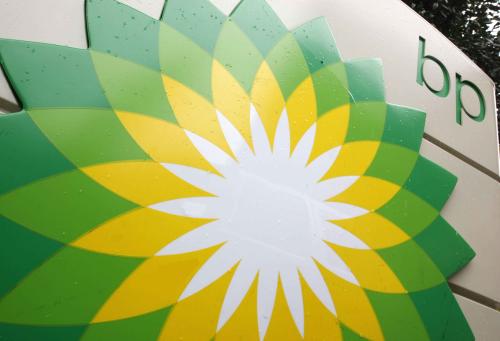 British oil giant BP said on Wednesday that it had agreed to sell its stake in China’s Yacheng gas field to the state-owned Kuwait Foreign Petroleum Exploration Company (KUFPEC) as part of a divestment programme.

"BP announced that it has agreed the sale of its 34.3-percent interest in the Yacheng gas field in the South China Sea to KUFPEC for $308 million (232 million euros) cash.

The transaction is expected to close in the second half of next year, subject to regulatory, CNOOC and third-party approvals. BP operated the field until 1 January, 2004, when it handed operatorship to major project partner CNOOC, the Chinese state-owned energy giant. Commercial production at Yacheng began in 1996.

Following the deal, KUFPEC will own 49 percent of the partnership and CNOOC will hold a majority 51-percent stake.

The latest disposal comes as BP seeks to sell $38 billion worth of assets by the end of 2013 to help pay for cleaning up and for compensation after its the US Gulf oil spill disaster.

BP added on Wednesday that the latest sale takes its total divestments to $37.8 billion since 2010.

"BP remains committed to working with China to contribute its deep expertise and oil and gas supply options in this important emerging market.”

Earlier this week on Monday, the London-listed energy major announced a deal to sell its 50-percent stake in the Sean gas field, located in the North Sea, to British energy firm SSE for $288 million.

Commenting on the transaction, KUFPEC’s Chairman and Managing Director, Nizar Al-Adsani stated that “KUFPEC is pleased to have the opportunity to grow a material business through alignment with valued partners such as CNOOC. KUFPEC is committed to working in China to expand its oil and gas exploration and development operation in this important emerging market.” The Yacheng 13-1 field was discovered in 1983 and is the largest offshore natural gas producing field in China. The field is located in about 90 metres water depth and is located approximately 100 kilometres south of Hainan Island, in the South China Sea.

KUFPEC has been a participant in Yacheng 13-1 since 1990. Commercial production at Yacheng started in 1996. CNOOC has been the operator since 1 January 2004.

KUFPEC is an international oil company engaged in the exploration, development and production of crude oil and natural gas outside the state of Kuwait. KUFPEC is active in Asia, Africa, the Middle East, UK and Australia.

KUFPEC is currently active in 13 countries with 52 projects in the International upstream sector. Also KUFPEC is currently working towards achieving its strategy plans aiming to increase its production to 200,000 BOEPD with reserves of 650 MMBOE by year 2020 and to maintain it till the year 2030.
SOURCE: energytribune.com

Next news: Hainan Raffles, with 299 rooms and 32 villas, settles at Clearwater Bay