HomeNews & Social MediaHainan NewsFrom Jan 25 to 30, 2013, Wanning to become the surfing capital of the world 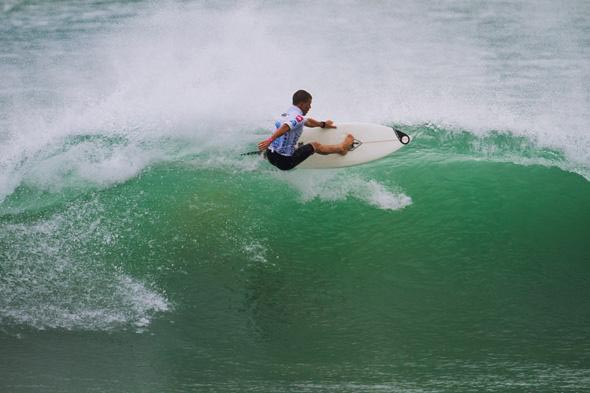 From January 25 to 30, 2013, China will become the international surfing capital of the world. “After the great success of the inaugural Hainan Wanning Riyue Bay International Surfing Festival in 2012, which produced the largest media audience ever in the history of the ISA, I’m very excited in bringing the ISA back to China,” said ISA President Fernando Aguerre.

"This will now be the second consecutive year that the ISA will deliver both the World’s top eight National Surfing Teams for the ISA China Cup, and the ASP Men’s 4-Star Hainan Classic. Our partners at Womei Advertising, led by its CEO, Mr. Yang Dunhao, have once again delivered all of the financial and political resources needed for the 2013 Hainan Wanning Riyue Bay International Surfing Festival to be the most important event on the global surfing calendar next year. The opportunities for the development of surfing in China are endless, and this new event will continue our path in the right direction.”

As the opening event in the Festival, from January 25 to 27, the ISA China Cup will be invitation-only featuring the top eight surfing nations in the world based on the National Team results from the 2012 ISA World Junior Surfing Championship held last July in Playa Colorado, Nicaragua. The eight invited National Teams are Hawaii, Australia, Brazil, USA, Japan, France, Peru, and Portugal. Japan, Portugal and Hawaii will be new to the event.

This historic competition will be the second ASP event ever in China, both produced by the ISA, that count towards the ASP Men’s World Ranking. Irishman Glenn Hall was crowned winner of the event last January. His victorious start to the year set him up for his best ASP season ever, which he hopes results in qualifying for a coveted spot on the 2013 ASP World Tour.

For the 2013 Hainan Classic, the ISA is expecting a field of 96 athletes, including a number of surfers of Chinese descent, including 1999 ASP World Tour Champion Sunny Garcia, who is also planning to compete for Hawaii in the ISA China Cup. The ISA selected the left point break at Riyue Bay on Hainan Island off the coast of southeast China, after consulting with the late Sean Collins, legendary founder and President of Surfline. He conducted a historical analysis of the surf along the east coast of Hainan and, after visiting the Island in March 2011, he reported that Riyue Bay held the best opportunity for world class waves and the ISA events.

What Sean Collins said was confirmed months later, when the world’s best surfers arrived to China. They were introduced to a land with a perfect left pointbreak, which held barreling overhead waves that broke for ten straight days during the 2012 competition. With a global media audience of more than 78 million who followed the 2012 ISA China Cup and Hainan Classic online, in print and on TV, China was introduced to the surfing world is all its glory.

ISA membership includes the surfing National Governing Bodies of 72 countries on five continents. Its headquarters are located in La Jolla, California. It is presided over by Fernando Aguerre (Argentina), first elected President in 1994 in Rio de Janeiro and re-elected seven times since. The ISA’s four Vice-Presidents are Alan Atkins (AUS), Karín Sierralta (PER), Debbie Beacham (USA) and Layne Beachley (AUS).