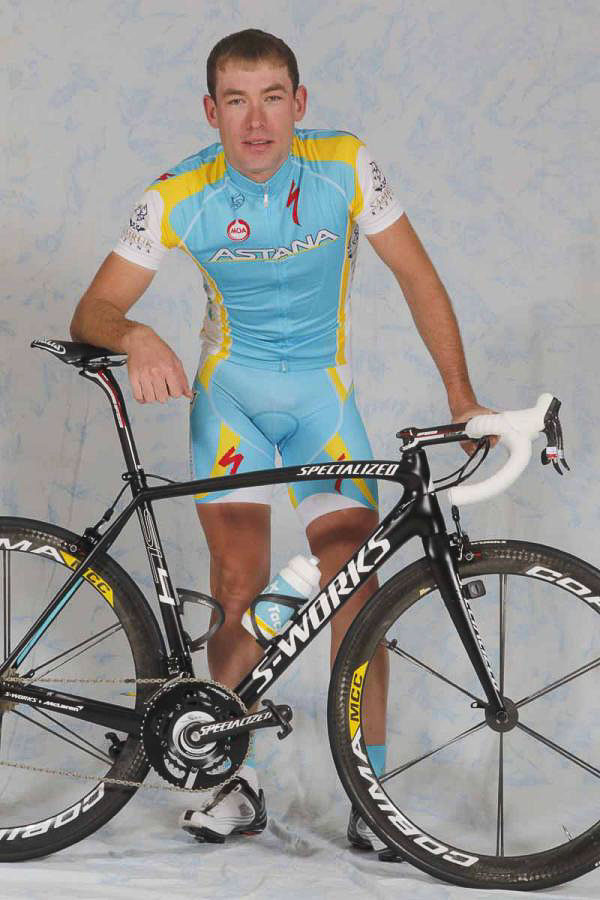 Kazakhstan professional road bicycle racer Dmitriy Gruzdev
Kazakhstan Dmitriy Gruzdev from Astana Pro Team captured the title with the yellow jersey on the podium as another thrilling Tour of Hainan came to an end with the final sprint on Sunday.

The last stage of the 2012 edition concluded in Sanya, with Alexender Serebryakov from Tram Type 1 – Sanofi winning in 2:20:47. And the second and third went to Ramon Sinkeldam from Team Argos – Shimano, and Joeri Stallaert from Landbouwkrediet – Euphony.

Gruzdev dominated the tour, as was expected from the second half of the tour. Over the course, Gruzdev steadily gained time over his biggest threat, Serebryakov, the holder of green jersey throughout the tour.

Gruzdev had a very strong supporter in the race, as teammates including defending champ Valentin Iglinskiy rode in supporting him all the time, and blue jersey also went to him as the best Asian Rider.

Gruzdev told the press;"I am very pleased with the result, I must give all my thanks to the teamate. The champ belongs to all the team."

Serebryakov established early lead on that he was targetting for the green jersey, who also ended up capturing several stage wins once leading the general classfication in the first half.

Wang Meiyin also proved himself to be a genius on the climbs, as he captured the polka-dot jersey of the King of the Mountains ahead of other players.

Wang told the press he was very happy to make one breakthrough in the tour, and hoped to achieve better result next year.

xinhuanet.com
Editorial Message
This site contains materials from other clearly stated media sources for the purpose of discussion stimulation and content enrichment among our members only.
whatsonsanya.com does not necessarily endorse their views or the accuracy of their content. For copyright infringement issues please contact editor@whatsonsanya.com

Next news: Ritz-Carlton and Renaissance Hotels at Mission Hills Haikou to open in 2015