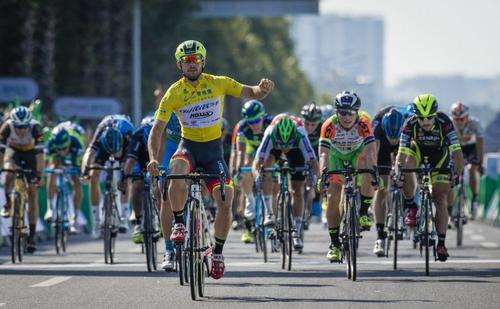 The Terengganu Cycling Team (TSG) opened its new season in the Asian UCI Tour 2012/2013 in style with podium finish in two stages of the Hainan Tour in Wengchang, China.

Mohd Saufi Mat Senan emerged champion in Stage Two of the race over a distance 145.6km from Wanning to Wengchang on Sunday while Harrif Salleh was the runner-up in Stage Three in the 194km race from Wengchang to Haikou on Monday.

Stage One over a distance of 112.7km from Sanya to LingShui and Xinglong was won by Russian rider Leonid Krasnov.

In Stage Four yesterday, national cyclist Annuar Manan of the Champion System Pro Cycling Team was runner-up in the race from Haikou to Chengmai over a distance of 163.9km while Harrif finished in ninth position.

TSG chief executive officer Hadi Hassan described the results of the Hainan Tour as outstanding and hoped all cyclists would give their best in the nine-stage race which will end this Sunday.

SOURCE: bernama.com.my
Editorial Message
This site contains materials from other clearly stated media sources for the purpose of discussion stimulation and content enrichment among our members only.
whatsonsanya.com does not necessarily endorse their views or the accuracy of their content. For copyright infringement issues please contact editor@whatsonsanya.com