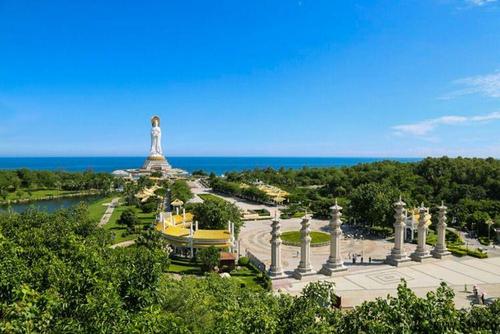 Well, before the "Golden Week" holiday, the southern-most Chinese province of Hainan has turned to microblogs to restore public confidence on the island as an idyllic resort.

The move comes after a food safety glitch sickened more than 140 tourists, and allegations of overcharging, earlier this year…

Hainan is one of China's most famous tourism resorts, renowned for its tropical scenery and white beaches.

But its fame was tarnished after it emerged on a popular microblog that customers were being overcharged in the lunar new year, China's peak holiday season in January.

One user revealed in a post on Sina Weibo – China's version of Twitter – that a three-course meal cost his friend 636 U.S. dollars at a restaurant in Sanya City, a popular tourist destination in south Hainan.

This prompted more disappointed holiday-makers to vent their frustrations online over vacations in Hainan – where tourism is a pillar industry.

But the aspiring resort has been slammed for soaring dining bills and hotel room prices, and ripping travellers off during major holidays.

Visitor numbers hit 500 thousand over the Lunar New Year, which – like the current holidays – is one week long.

But its proving to be a risky pricing policy, given the good times for resort revenues don't last the year round…

Hainan's hotel occupancy sank to as low as 30 percent in the low season, between April and September this year, exacerbted by the exposure of pricing irregularities – and the public's broken trust.

But hotel rent and wages didn't budge – plunging Sanya and Hainan into a credit crisis.

One netizen remarked scathingly that racking up prices every holiday is an unsustainable way of doing business, and won't get return visitors.

Things got worse after the food poisoning outbreak that sickened more than 140 tourists two months ago, at one of the island's five-star hotels…

The cause was found to be bacterial, when salmonella was detected in the buffet breakfast, at the esteemed Howard Johnson hotel.

As a result of the food safety and pricing uncertainties, many would-be visitors have decided to explore Southeast Asia, for fun in the sun elsewhere…

SOUNDBITE (CHINESE) Jiang Dingzhi, Governor of Hainan Province,
"Our officials vow to crack down hard on cheats and safeguard the legitimate interests and rights of tourists."

Jiang also described the fight against tourism-sector corruption as a "never-ending fight," that he vows the island can win…

Along with winning back its Chinese tourists, ahead of the crucial Mid-Autumn and National Day golden holidays, from September 30th til October 7th.
But netizens say unless harsher measures are taken to protect them, they aren't coming back in a hurry.

The storm is heading north from the South China sea and is expected to bring heavy rain to the island in the next few days.