Hainan tries to restore public confidence ahead of Golden Week 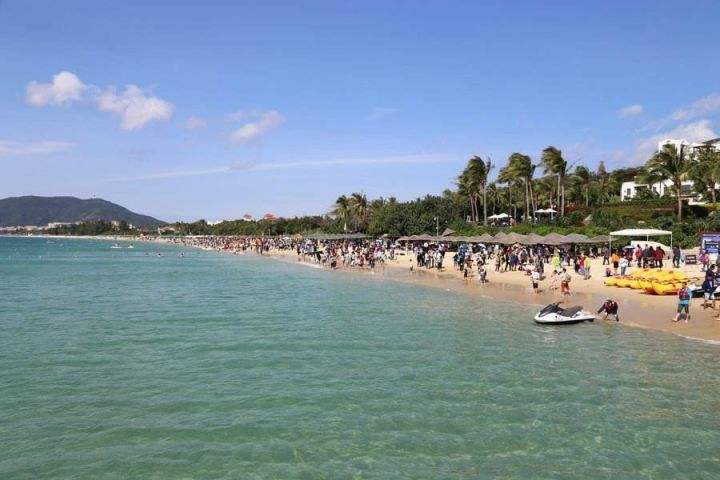 Netizens want concrete actions after governors of southern Chinese island province of Hainan turned to the web to try and restore public confidence in its tourism market ahead of the extended holidays.

Hainan, renowned for its tropical scenery, had its fame tarnished during the lunar new year holiday in late January after it emerged on popular microblogging services that customers were being overcharged. This triggered harsh criticism.

In January, Luo Di, president of a Beijing-based real estate agency, revealed in a post on Sina Weibo, China's version of Twitter, that a three-course meal cost his friend 4,000 yuan (636 U.S. dollars) at a restaurant in Sanya, a popular tourist destination in south Hainan. This prompted many more to go online to vent their frustrations.

Hainan, where tourism is a pillar industry, has long been slammed for soaring food bills and accommodation prices, particularly during major holidays.

The online exposure of irregularities sank Sanya and Hainan into a deep credit crisis with many tourists instead traveling to southeast Asia.

Jiang vowed to crack down hard on cheats and safeguard the legitimate interests and rights of tourists. "The overhaul of the tourism environment is a never-ending war," he said.

Hainan has sought to reassure potential tourists ahead of the Mid-Autumn Festival and National Day holidays that runs from Sept. 30 to Oct. 7.

Harsh crackdowns on market irregularities has reassured some.

"Just hope they will do what they said," wrote a netizen under the name of "Richard Yangyang" on Sina Weibo. "People throughout the county will be watching," wrote another named "Mumaren Changjiangzhichang". Many more, however, still have doubts.

"Twenty years ago, customers were being overcharged in Hainan. My memory (of being fleeced) is still fresh. I often told my friends planning to visit Hainan of my experience as a lesson to them. I will never go there again," wrote Weibo user named "Huchaba".

"If no harsh measures are taken to tackle the overcharging phenomenon, the whole tourism sector will be the final victim," said Dai Hong, secretary general of the Hainan Provincial Public Relations Society.

SOURCE: China.org.cn
Editorial Message
This site contains materials from other clearly stated media sources for the purpose of discussion stimulation and content enrichment among our members only. whatsonsanya.com does not necessarily endorse their views or the accuracy of their content. For copyright infringement issues please contact editor@whatsonsanya.com

Previous news: Hainan on track to become one of the world’s leading tourist resort destinations