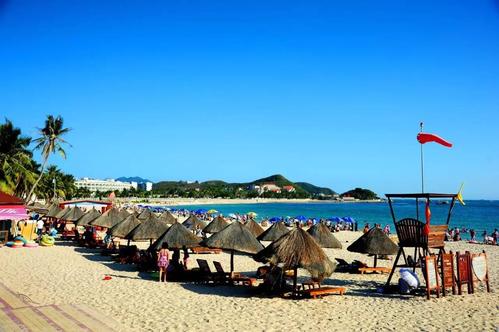 The Chinese province of Hainan is on track to become one of the world’s leading tourist resort destinations by 2021.

According to a report, ‘Hainan: Travel & Tourism Development Potential 2011 – 2021’ released by the World Travel & Tourism Council (WTTC), by 2021 tourism expenditure in Hainan will be roughly equivalent to that of Singapore today, and the industry will support as many jobs as in Malaysia and Italy today.

In December 2009, China's State Council issued a decree that Hainan in the South China Sea – the largest Special Economic Zone in China – was to be elevated into a world-class international tourist resort destination by 2020 and the Provincial Government is now well on the way to reaching these goals, according to the WTTC report.

Highlights of the report state:

-International tourism expenditure (visitor exports) is expected to grow by 12.6% every year over the 10-year period 2011 to 2021 to Rmb110.8bn ($17.5bn). This would make the Hainan tourism economy comparable in size to Singapore’s tourism economy today
-In 2011, Travel & Tourism contributed 35% of the province’s GDP. This is expected to rise to 46% of GDP by 2021
-If it were a country in its own right, this growth in Travel & Tourism’s total contribution to GDP would propel Hainan up the WTTC League Table ranking – from 54th position in 2011 to 13th in 2021 – a position currently occupied by Russia
-Hainan already outranks both Hong Kong and Macau in terms of number of jobs supported by Travel & Tourism
-Nearly 550, 000 jobs will be created directly by Travel & Tourism in the province over the coming decade, and a further 800,000 if the wider impacts of the industry are taken into account
-As a result of this growth, Hainan will directly support almost a million jobs in Travel & Tourism – roughly equal to Malaysia and Italy today
-Total visitor numbers in 2010 were almost 26 million, representing growth of 14% per annum in the 15 years from 1995. As a result, no other destination in the world – whether province or country – has attracted such huge interest from so many different sectors of the industry, including virtually all the leading international hotel brands, in such a short space of time


Such rapid growth though does have some risks. It is important for the Hainan Provincial Government to ensure a carefully planned, island-wide approach, ensuring a spirit of co-operation and co-ordination among the different stakeholders, not to mention the best interests of the local population at all times. This will help ensure that Travel & Tourism does achieve the higher-end goals of sustainable development – contributing to natural and cultural heritage protection and preservation, as well as poverty alleviation.

Speaking at the launch of the report in London today, David Scowsill, WTTC President and CEO, said: “Hainan is clearly well on-track to achieve its aim of becoming a world-class international tourism destination by 2020. With rapid growth in employment, visitor expenditure and contribution to GDP, it is not surprising that this tropical island has already attracted the attention of almost every major international hotel brand.

"The Government of Hainan Province clearly recognises Travel & Tourism’s potential for economic and social contribution and great steps have been taken over the past three years to develop Hainan as a world-class destination. The opportunity is now to develop a sustainable, diverse product which draws on the Province’s unique cultural and natural heritage, burgeoning business tourism sector and high profile new attractions.”

Next news: Hainan tries to restore public confidence ahead of Golden Week