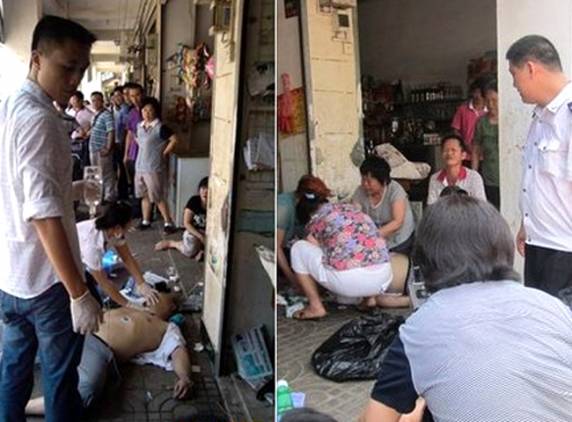 China man dies after woman ‘squeezes’ testicles – Agencies
A shopkeeper in China succumbed to severe injuries when a woman, who he was arguing with, clutched and squeezed his testicles until he blacked out.

Reports from the southern city of Haikou, in the small province of Hainan, claimed the 42-year-old shopkeeper was in locked in in verbal duel with a 41-year-old woman when she grabbed his genitals and refused to let go. Eyewitnesses said the woman had refused to remove her parked scooter from the front of man’s shop.

The man was later rushed to a hospital where doctors pronounced him dead.

SOURCE: Deccan Chronicle
Editorial Message
This site contains materials from other clearly stated media sources for the purpose of discussion stimulation and content enrichment among our members only.
whatsonsanya.com does not necessarily endorse their views or the accuracy of their content. For copyright infringement issues please contact editor@whatsonsanya.com