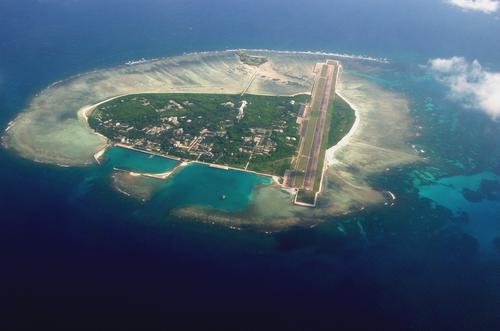 A southern Chinese city plans to expand a cruise route in the South China Sea from Xisha Islands to the sprawling island chains of Zhongsha and Nansha.

The route is part of the ten-year cruise tourism development plan (2012-2022) for Sanya city, Hainan province.

The plan, drafted by Sanya tourism officials, has passed the expert panel's evaluation and is waiting to be endorsed by the provincial authorities, said an official with the municipal tourism department.

Sanya first unveiled its South China Sea cruise plan in April and has sent a cruise ship to conduct a trial tour to Yongxing, the main island of the Xisha island chain.

Hainan Vice Governor, Tan Li said at a provincial conference late April that relevant departments were making preparations for Xisha to be opened up to tourism within the year.

China's State Council in late 2009 announced a guideline to develop the tropical island province of Hainan into a destination for international tourists. The guideline also outlined that tourism would be promoted on the Xisha islands.

In July, the newest Chinese city Sansha was established to administer the Xisha, Zhongsha and Nansha islands and their surrounding waters in the South China Sea.

Mayor Xia Jie said the newly elected city government has planned to make tourism one of three economic engines, as well as fishing and oil and gas exploration.

Previous news: Sanya all-in-one card to come into service ahead of Spring Festival