Sansha brings both opportunities and threats to Hainan 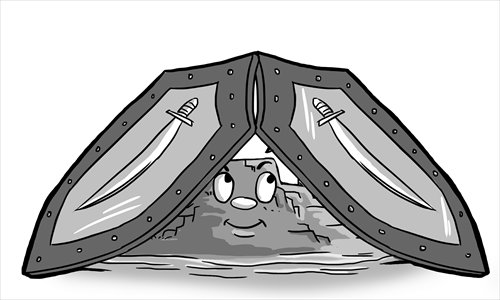 The development of Hainan Province is drawing increasing attention nationwide after the establishment of the new city of Sansha.

The ceaseless crisis around China’s seas has once again brought national security concerns into the further development of Hainan.

When Hainan was named an international tourism destination years ago, suggestions were raised on learning from Hawaii about how to develop the tourism industry.

However, they only saw the glittering prosperity of the "paradise on earth" and failed to recognize a truth behind it: The US air-sea command for the Pacific region is headquartered in the Hawaiian Islands. Military expenditure even served as the economic backbone of Hawaii in the 1960s.

A wave of entertainment construction has swept Hainan, after the State Council made it an international tourism spot. But as a result, people seem to forget there exist a large amount of marine territories outside this island.

While Hainan focused on developing its land, Vietnam was persuading oil giants from the US, Europe and Russia to exploit the oil and gas resources after invading the Nansha Islands. At the same time, Vietnam was urging the US and other countries to get involved in regional disputes by purchasing Kilo-class submarines and Su-30 long-range aircraft.

The South China Sea has been turned into a powder barrel with the eastward movement of US strategy and provocations from Japan, the Philippines, and India. Hainan would bear the brunt if a war broke out. Consequently, the decision-makers of the province should take into consideration of how to deal with external intrusions from both air and sea, besides developing its marine territory. An economy without security is volatile.

The establishment of Sansha offers another development opportunity for Hainan, which needs to turn to a marine economy emphasizing national defense from its former entertainment-oriented pattern.

China’s authorities should restructure the development of Hainan in accordance with the latest international situation. In addition, the province itself should come up with a systematic and thorough plan, like the Vietnamese marine strategy.

The development of Hainan must force the Vietnamese marine aggression into retreat. Hainan must act as a strategic pillar in defending external air and sea forces. The East China Sea will be peaceful on the condition that the South China Sea is secure.

Hainan should attach more importance to the Nansha Islands by extensively developing its fishing, tourism, oil and gas exploitation in the area. The part of South China Sea administered by China is abundant in resources and the government should establish a South China Sea Production and Construction Corps, which is able to defend and protect our country’s sovereignty. The model can be the Xinjiang Production and Construction Corps, which was successful implemented in 1954.

The Hainan Islands should serve as the home front for the exploitation of the South China Sea and provide strong support for military projects, such as the construction of large docks for military and civilian use, and bases for deployment of intermediate and short-range missiles as well as long-range aircraft.

The establishment of Sansha undoubtedly offers a new pivot for Hainan to change its development pattern. I sincerely hope Hainan can grasp the once-in-a-blue-moon chance to reposition itself and the governments at all levels can provide timely support. This is sure to benefit future generations.

When Hainan enjoys the peace that Hawaii has, China will be able to take its time in designing Hainan into a top global entertainment destination.

Next news: GE takes green power to your home with Sanya Skypump