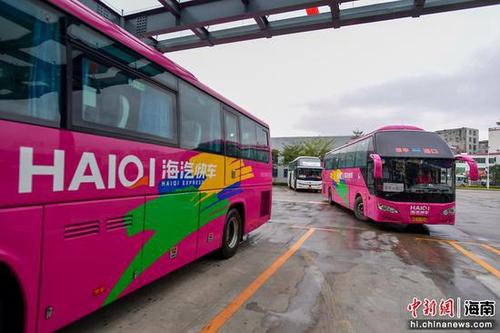 The ban went into effect in Fujian Province on Saturday. Passenger buses with seven or more seats were ordered off the road from 2 a.m. to 5 a.m., according to orders issued by the provincial public security department. Only shuttles for airports, railway stations and ports are exempted.

Long-distance buses traveling on the highway at night must pull over at service centers during the hours in question, a provincial public security department official said. Stricter limits on speed and drivers' maximum time at the wheel have also been announced.

Bus operators have been ordered to enforce the rules, punishing or even firing drivers who commit violations, the official said.

The ban, suggested by the Ministry of Transport, came after a double-decker sleeper bus burst into flames after rear-ending a methanol tanker in the city of Yan'an in Shaanxi Province on July 26, an accident which killed 36 people on the bus.

Overnight operation is very common for China's long-distance passenger buses, as the form is considered the most time-and-money-saving means of transport across the country's vast territory.