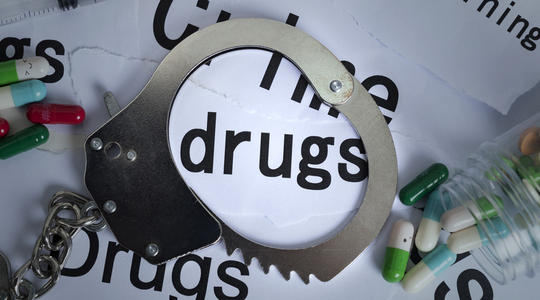 The last remaining fugitive of a drug-trafficking ring managed to escape a small village despite a search involving more than 100 police and members of the armed forces, the Hainan Daily reported on Tuesday.
The search in Anding, a county in Hainan province, started on Sunday morning after fugitive Mo Shaode was found hiding in his older sister's house in a small village.

More than 100 members of both local and provincial public security bureaus and the provincial armed police force participated in the search. But due to a number of reasons, including the complicated landscape of the area, Mo managed to escape.

Mo is the last suspect of a trans-regional drug-trafficking organization the police uncovered in late May still at large.

Police have arrested 10 other suspects and have confiscated narcotics and items alleged to have been used to traffic drugs.

Mo's sister and sister-in-law were detained by police after admitting to providing shelter for Mo.

As part of their efforts to capture Mo, the local police department announced on Tuesday that citizens who provide useful information will be awarded up to 50,000 yuan (about $7,900).
SOURCE: China Daily
Editorial Message
This site contains materials from other clearly stated media sources for the purpose of discussion stimulation and content enrichment among our members only.