6 detained for sexually assaulting women during water festival in Hainan 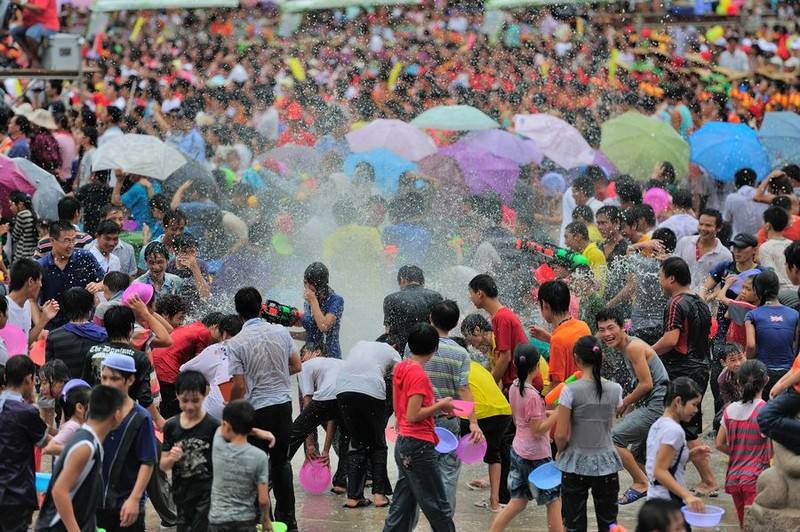 SIX youngsters, some of them underage, have been detained for allegedly molesting and sexually assaulting several women during a water carnival held in Baoting Li and Miao Autonomous County in south China's Hainan Province.

Taking advantage of the celebrations on Thursday morning, a group of youth was seen fondling women's breasts and pushing women to the ground to sexually assault them, netizens claimed.

Online pictures showed crowds, dripping wet, gathering on the town square and playing with water. Dozens of men were seen surrounding a young girl, whose garments were torn off and who was crying and tightly holding on to her boyfriend.

Six of the men were caught yesterday morning while the others were still at large, Xinhua news agency said.

The local publicity department admitted that an incident of a sexual nature had taken place but didn't confirm the number of victims while arguing that the online allegations were an "exaggeration of the truth." Police investigation is ongoing, Xinhua said.

A netizen called Baochengxiaotao said he "heard many women screaming" after the carnival began at 8:30am. "I have since learned that it always happens every year at the water festival," he added.

"It's so disgusting! What's wrong with today's society," a netizen called Wendy Yaozanjin asked. "Does the rapid economic development just result in loss of morals and humanity? We, the young people, should think deeply about how we should behave."

Some preferred to blame the girls for the incident, claiming they wore too little. "These girls should learn how to protect themselves since they know they will get wet," a netizen called Alice204 said.