China & ASEAN need one another, relationship goes beyond islands disputes 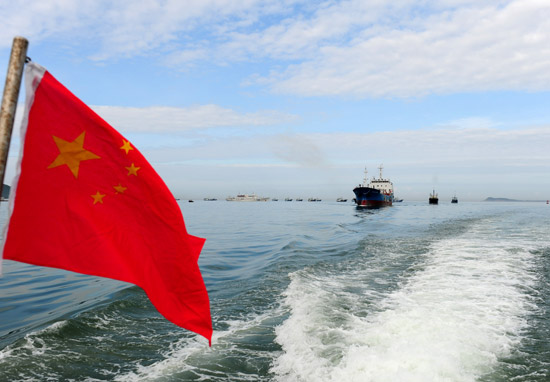 A fishing fleet returns to Sanya Port in the southernmost province of Hainan on July 29, 2012, concluding its voyage of casting nets in the South China Sea. The 30-boat fishing fleet left Sanya Port on July 12 and arrived at Yongshu Reef, Zhubi Reef and Meiji Reef of Nansha Islands. [Hou Jiansen/Xinhua]
Is the South China Sea issue the most important problem in the development of the Association of Southeast Asian Nations (ASEAN)? The ASEAN foreign ministers’ meeting held in Phnom Penh last month failed to publish a joint communiqué and the shock waves triggered by the event continues to ferment.
Philippines points the finger at Cambodia

The key is to strengthen the cooperation with China

Some analysts pointed out that the priority of the ASEAN is to strengthen their economic and trade cooperation to ensure the realization of a united market in 2015. Therefore, it needs to deepen cooperation with China. It will not be in line with the fundamental interests of ASEAN if it only considers the interests of certain member states on the issue of the South China Sea and stands against China.

Previous news: Hainan is to raise its Minimum Wage by rmb220 to rmb1050 from Sep