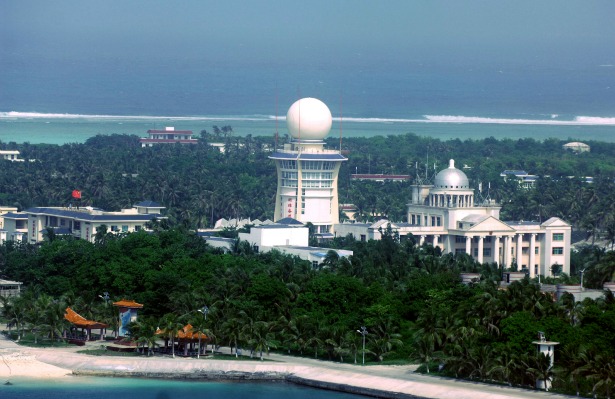 Ever wonder what a propaganda spectacular centered on the South China Sea would look like?

Your wait is over: In late July, the Hainan Province Department of Propaganda staged a televised special titled, "Love My Sansha" devoted to the 3,500 person, 5-square-mile flyspeck of a town that China recently tasked with governing 770,000 square miles of the contested South China Sea. (The city is now officially a part of Hainan).

South Sea Web, a news portal managed by the Hainan Department of Propaganda, describes "Love My Sansha" as a "big-scale arts and culture production" which "through song and dance, the reciting of poetry, cross talk [akin to Chinese stand-up] and other forms of artist expression will sing the praises of Sansha’s nature and human activities, look back on Sansha’s history and present, and look into the future of Sansha’s beautiful tomorrow."

The performance, jointly staged with Hainan’s provincial Federation of Literary and Art Circles (a "non-government organization" that "unite(s) artists and writers all over the country"), features songs that are unlikely to catch on in schoolyards and clubs across China, including "My South China Sea, My Love," "Xisha [another contested island], My Cute Hometown," and the old standard "Kissing the Motherland."

Next news: Sanya to install 1,052 surveillance cameras across whole city