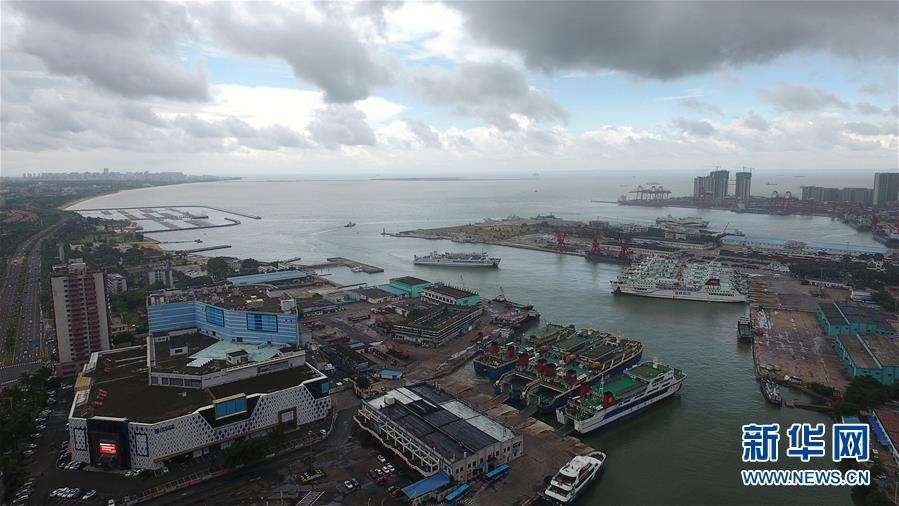 The Qiongzhou Strait between Leizhou Peninsula of Guangdong province and Hainan Island was closed for traffic from 6 p.m. Sunday as strong tropical storm Vicente nears.

Vicente developed into a strong tropical storm at 5 p.m. at 520 km southeast of Zhanjiang city in Guangdong, with the maximum wind speed at 100 kilometers per hour at its center, said Liang Jian, chief weather forecaster of Guangdong provincial meteorological center.

Train services between Hainan's Sanya city and Beijing and from Hainan's Haikou city to cities of Shanghai, Changsha, Xi'an and Chengdu have been rescheduled.

Vicente is expected to land in the coastal areas between the city of Yangjiang in Guangdong and the city of Wanning in Hainan at Monday night or Tuesday morning, according to the provincial meteorological center.

Heavy rains are expected for most parts of Guangdong between Monday and Wednesday and winds of up to 100 kilometers per hour may sweep through the coastal areas, the center said.

Next news: Sansha City announces list of 45 deputies to its people’s congress