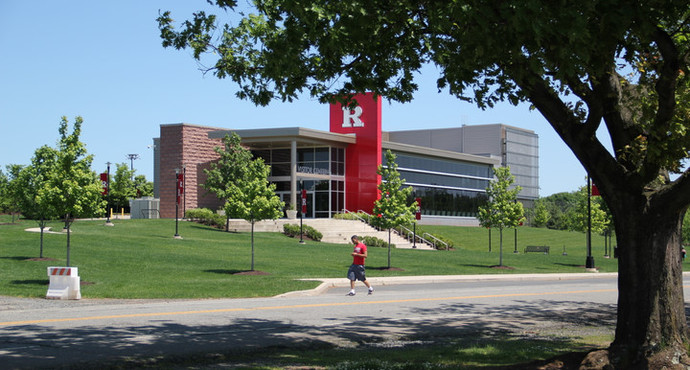 CHINA has hung the open for business sign on its door as it consolidates a new phase of higher education expansion, an Adelaide conference heard yesterday.
China’s central government has moved beyond a toe-in-the-water approach to foreign campuses, and its provinces and cities are competing with each other to attract overseas partners.

Late next year New York University’s presence in Shanghai will blossom into a fully-fledged offshore campus, and a host of US institutions – including Yale, Berkeley, Duke, Wisconsin and Kean – are looking to follow suit.

While close to 30 per cent of 18-22 year olds now study for degrees, they emerge into a labour market in which just 5 per cent of skilled jobs go to high-level technicians.

With graduates of questionable quality facing unemployment or underemployment, China has shifted its focus onto quality and wants to learn from foreign partners.

Professor Finegold told the HES that Rutgers had been sounded out by four provinces in about as many months, “each with a similar kind of value proposition.

"Come and partner with a local university. We will give you the land; we will build a brand new campus for you; we will give you some resources to begin operating to the point where you can break even.”

He said Rutgers had settled on China’s southernmost province of Hainan – “sort of the Hawaii of China” – because it already had a well established partnership nearby with the South China University of Technology. It wants to establish a 5000 student campus on Hainan Island and gradually increase the capacity to double that number.

While the proposal requires the approval of Rutgers’s board, its partners and China’s education ministry, Professor Finegold said this could be finalised by March and the campus could be entirely operational by September 2014. “Our partners are hopeful that we could do it even quicker,” he said.

"It’s amazing the scale and the speed with which they look at things in China.”

He said SCUT had demonstrated this when it became part of the Guangzhou Higher Education Mega Centre, an island precinct of ten university campuses with capacity for over 100,000 students. “They built a new campus for 20,000 students in just over a year.”

He said Rutgers would avoid the “first generation” model of offshore campuses and their “somewhat poor imitation” of higher education in the home country. “If you have a blank sheet of paper, and you can design a new university for the 21st century, what would it look like?” he said.

"How would you want to develop people [to] really be at an advantage in this global economy?”

He said he wanted Hainan graduates to emerge fluent in both Mandarin and English, with experience working in a variety of sectors and possibly their own companies.

"[We will] think about using online, hybrid [and] face-to-face learning where each is most appropriate, so that you can really be innovative in the educational model and leverage the best of what both China and in our case the US has to offer.”

He said Xi’an Jiaotong-Liverpool University, near Shanghai, was the best existing model of what Rutgers hoped to achieve. “You have a good joint venture partnership, you’re delivering high quality education and you’re already getting research grants from the Chinese Government.”

But Professor Finegold said China faced some fundamental questions as it tried to shift its economy from low-cost production to innovation.

He said it was debatable that a country could become an innovation leader without democracy, in a global economy based on the internet.

There were also open questions over the future of trade unionism and intellectual property arrangements in China. And the long-term consequences of the one-child generation remained to be seen.

"I don’t think anybody firmly knows the answers to those questions yet,” he said.

"But I think they’re the key ones that are going to shape not just China but the whole planet, because they have such huge implications.”