Hainan has fewest deputies in all province-level regions in China 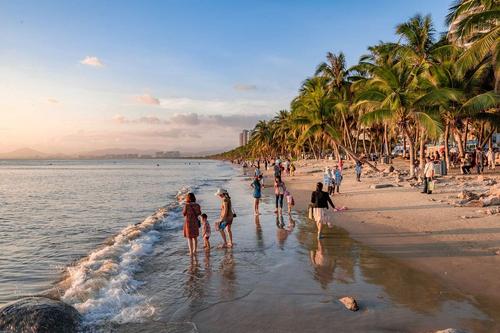 The Communist Party of China's 18th National Congress will be held during the second half of this year, and most delegates at the congress have already been chosen, reports the Economic Observer weekly in Beijing.
The number of deputies attending the congress will be 2,270, 50 more than at the last congress, and nearly 200 times the 13 who attended the party's founding congress in 1921. The number of members has grown from 50 in 1921 to 80 million in 2010.
The number of deputies, however, does not increase in proportion to overall party members, because too many delegates would make debate impossible at the congress, said Wang Guixiu, a professor at the Central Party School, as saying.
The number of deputies is determined by the number of party members in each province, region or municipality. Shandong province has the most deputies, with 75, while Hainan province has only 26 deputies, the fewest among all province-level regions.
Party secretaries and their deputies are sure to be chosen to attend, and the chiefs of party discipline committees are often selected too, according to the Economic Observer. Provincial governors and city mayors may also be named.
According to lists of deputies released by various provinces and municipalities, there are 139 deputies from the education, science, culture, sports, medical and nonprofit civic organization sectors to the 18th National Congress.
SOURCE: wantchinatimes.com

Next news: Final showdown: Discover Ireland In-Port Race to set out in Galway