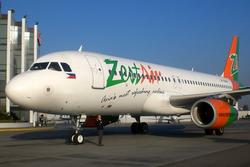 Zest Air chairman Donald Dee said they have received feelers that PAL, Tiger Asia and Hainan Air are interested in the Yao-owned airline.

"People are interested in us, but we are not interested," Dee said although he added that the feelers they received were not serious.

He, however, said the one thing that may interest them is price.

"It should be an offer we cannot refuse," Dee said.

In addition, he said, interested parties must show they have the markets.

Hainan Air, however, has the largest non-state-owned Chinese airline. In October last year, Zest Air and Hainan Air forged a memorandum of understanding that would allow the Chinese company to acquire as much as 40 percent stake in the Yao-owned airline.

In the case of PAL, which was just recently acquired by diversifying conglomerate San Miguel Corp., it is a legacy airline and is therefore not a low-cost carrier. But its sister company Air Philippines is a low-cost carrier. Having Zest Air would be a good synergy.

According to Dee, Zest Air has become very attractive to other airlines. First, Zest Air is "no carry, no negative, no debt" airline.

It has an average load factor of 70 percent on the routes it flies into.

Regionally, it flies to China, Korea and soon in Kuala Lumpur.

There are proposals for them to fly to Japan and other southeast Asian destinations.

The company is also looking at medium to long haul flights including the Middle East markets.

Zest Air has the youngest fleet of A320s. It will have a total of 14 leased planes by end this year.

"We are expanding our organization," Dee said.

Zest Air started operations in 1996 when it acquired the formerly Asian Spirit, which owned by a cooperative. It was renamed to Zest Air in September 2008 to carry the flagship corporate name Zesto.

The Zesto Group, which owns Zest Air, has huge interests in ready-to-drink beverages, banking, food, chemicals, among others.

Next news: Telefonica leads out into open water as VOR fleet set out on final leg to Galway