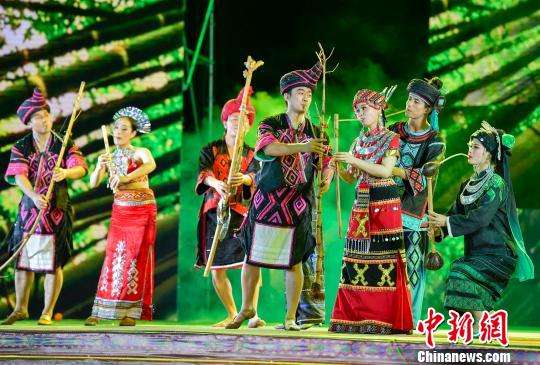 People of the Li ethnic minority from China's southernmost island province of Hainan will present a performance of traditional song and dance in Beijing on Monday and Tuesday night.

"Bark houses, coastal houses and Li textiles will be put on stage to show the original elements of the Li minority via songs, dance, poems and paintings," said Lin Yuxiang, the show's chief director.

The dancing drama, named "Story of Li Nationality" and created based on a tale told by the ancestors of the minority, will narrate how the early Li people migrated and settled on the island.

According to Lin, the Li minority has a population of 1.3 million in China, with more than 90 percent living in Hainan, and all the stage props are gathered from their communities.

The performance forms part of the fourth Minority Art Festival of China, which began on June 7 and will run until July 6. Its program is comprised of 41 shows encompassing acrobatics, folk dance, traditional opera and modern drama.