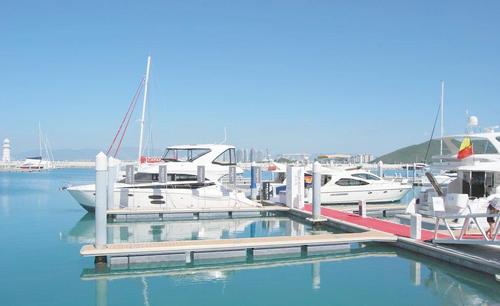 Victor Restis, a Greek ship owner who says he made $1 billion selling dry-bulk vessels before their price crashed, plans to expand into the Chinese cruise market in a bet on growth in the Asian nation’s tourism industry.

"They need to provide leisure stories for the Chinese; it’s the sign of a matured society, the more leisure time a country has,” Restis said in an interview at his Athens office on May 28. “We’ve moved a cruise ship there and are looking at what will be the next step of the expansion. It’s a huge market.”

The ship owner, with investments spanning banks, media and tourism, is diversifying after making $1 billion selling vessels during a three-year boom that ended by 2009, he said. The largest ships that carry iron ore and coal have slumped 78 percent in value in the past four years, according to data from the Baltic Exchange, a London-based provider of shipping rates on international maritime routes.

"Today it seems good, at the time we were regretting it because the market was going higher and higher,” Restis said of the 45 vessel sales. They included the sale of a dry-bulk ship for $130 million in May 2008, which is now worth $15 million, he said.

The venture with Hainan may include new vessels that can each accommodate 2,000 passengers, Restis said, adding that his partners studied how Miami’s cruise industry developed. Most of the world’s new cruise ships are being built in Europe cost between $500 million and almost $1 billion, according to data from Clarkson Plc (CKN), the world’s largest shipbroker.

Restis said he’s also expanding his offshore energy interests through Golden Energy Offshore AS in Norway, purchased in 2010. "We are looking at drill ships as well, the offshore sector is something that is very exciting.”

Restis is also one of the two largest shareholders in SwissMarine Services S.A., a freight trading company with offices in Geneva that earned $1.3 billion and carried 69 million tons of cargo in 2010, according to its website. Restis’ stake is between 35 percent and 40 percent, he said. He is the largest shareholder in Seanergy Maritime Holdings Corp. (SHIP) (SHIP), which has a fleet of 20 bulk carriers and lost $198 million in 2011 after impairment losses of $202 million.

Restis operates from an office overlooking the Mediterranean on a coastal road in the Athens suburb of Elliniko. He said he wants the Restis group’s tanker and dry- bulk shipping companies, including Enterprise Shipping & Trading S.A., to be capable of withstanding 12 months of no income, while stressing that he doesn’t expect that to happen. The collapse in dry-bulk earnings may last until 2017 as prices of new ships at 20-year lows are prompting fresh orders, extending an oversupply, he said.

"The boom-and-bust cycle is a typical situation of the last 50 years in the shipping industry,” said Restis. “People make money, they get greedy and they reinvest although they know that the next competitor will do exactly the same.”

Any rebound in earnings is at least three years away, according to Restis.

"It’s very tempting to buy ships but we have to be patient,” he said, referring to second-hand vessels. Still, “once the market turns around then psychology turns and it’s very difficult to beat asset appreciations where there will be hundreds of potential buyers queuing up to purchase the asset.”

Previous news: Starwood to debut the Royal Begonia in Sanya in 6 months