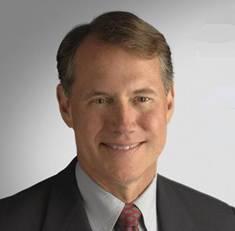 eTN: Do you think the number one priority for Hawaii and the nation is to grow our economy?

ED CASE: We have to first look at industries that are doing well. Tourism has long been a stable industry for Hawaii. However, we have never made an all-around effort to go into Washington DC to be part of a national campaign to grow tourism not only for our country, but for our state.

As far as my background goes, I have been a business professional for 30 years as a business real estate attorney in private practice, representing clients that buy and sell hotels, so I understand tourism very well.

I believe we need to (1) get our country on the right track with tourism; (2) facilitate travel, open sky agreements, direct flights, and cheap rates; and (3) ease immigration procedures.

What bothers me the most is that some people tend to think tourism has always been good and will always be good. This type of thinking is what makes people lazy. Take a look at China that has millions of people ready to travel and spend their money elsewhere. At this time, other countries in the world are taking us to the cleaners when it comes to attracting Chinese tourists.

Australia is the best example. They have made it easy for the Chinese to get their visa, with easy immigrations. So if someone in China with disposable income had a choice to visit Australia or Hawaii, initially, they would choose to come to Hawaii, because it has the magic of aloha, but once they find out how difficult it is to come here, they will go instead to Australia, Indonesia, or Europe.

CASE: Absolutely – it’s very difficult to get US visas in countries like China, because it’s expensive and involves trips to the embassy. The Australian model of electronic visas makes it so much easier. We need an extensive upgrade of our consular services to extend our tourism reach.

Who do we want to target in Hawaii? Of course, for international travel, we will always concentrate on Canada and Japan, but we now understand the potential of other destinations. Twenty years ago, we did not see China coming. What would be popular in some short years away? Shouldn’t we start marketing to them, like to Brazil, Russia, and India? People would come to Hawaii if it were easier to get here.

eTN: How do you see the industry adopting to different cultures and fulfilling the requirements to attract tourists from other emerging markets?

CASE: I think I have a mixed answer to that. We know already we have some of the best tourism professionals right here in Hawaii. We have a world-class tourism industry when it comes to professionals and often export our knowledge and people to other destinations. We have perfected this industry for over 20 years. We have folks that help many other destinations with their hotels and their marketing.

I know that some of our tourism ohana is often a bit inflexible. Can we make them understand so they can see far enough down the line? Can we not see that in the future other countries like Brazil, Russia, etc. will in the near future produce an incredible opportunity?

We have perfected the Hawaii brand as a tropical destination ahead of most of our competition, but now we have a lot of competition out there, like Australia, Asia, and the Indian Ocean islands. All these countries are competing with us and often use our methods to do this.

I think we don’t realize we have fierce competition that does exactly what we should be doing, easing the process to obtain a visa.

eTN: Looking at Hainan, China – they don’t require visas from anywhere. But I guess it won’t work for Hawaii.

CASE: Of course this would not work, since we’re a port of entry to the United States and don’t want to give up being a port of entry. It doesn’t mean, though, that we couldn’t think to have some kind of a visa waiver program for special charter flights.

My company actually had one of the first law licenses to practice in Hainan, China. As part of that, we had many Hainan tourism officials coming to Hawaii and learning from us. I now realize they did not really want to use our services as they claimed when they came to Hawaii; they wanted to soak it in and copy it for Hainan – that is how they perfected Hainan tourism.

eTN: I agree with you. I remember when I arrived in Astana, Kazakhstan, for a UNWTO general assembly conference and saw the word aloha and our rainbow logo and flower leis on advertising posters all over Astana airport. It was promoting Hainan as the Chinese version of Hawaii. Hainan is now doing this even at trade shows in Las Vegas.

Isn’t there a danger with just a handful of major players like Starwood, Marriott, Hyatt, Hilton, and now Disney not keeping their profits in Hawaii but sending it to New Jersey, Florida, Washington DC, or Chicago? Of course they generate many jobs, but the rest of the tourism dollars don’t go into the Hawaii economy. Those medium to smaller resorts under local ownership have a real tough time competing with those big guys, but they keep their money in Hawaii. The big guys would not help stop such stealing of our trade mart at destinations like Hainan, since they all have major operations there as well that actually make more money in Hainan than in Hawaii now. Isn’t there a responsibility to equally support the Hawaii-based medium to smaller independent operators to compete in tourism markets more fairly so they can have a more equal voice?

CASE: President Obama is right when he says we did not ever implement a coordinated national tourism strategy. We have no Congressional specific sub-committees just dealing with tourism. We don’t have this institution, and this needs to change, and is changing, so tourism becomes more important.

People want to come to America; they want to come to Hawaii. The Hawaii brand is the most valuable asset we have. And I don’t care if someone like Starwood may think whether it is important or not to protect this; I disagree and think we should protect this and pursue this for Hawaii. This is not just about tourism, but a problem across the board.

I am for Hawaii and the US joining international organizations like UNWTO, so we can go out and compete in the world. National tourism initiatives are the key for this. Outrigger for example may be a large enough local entity to take a leading role in this.

A US Senator that understands this will make the difference. Most US Senators don’t have much tourism on their mind, so it’s up to Senators from states that thrive on tourism like Hawaii to make US tourism strong and also not overlook Hawaii in any national activities. We can be overtaken by the rest of the world or remain a leader.

eTN: Tourism numbers to Hawaii are booming again, but when you look at the rates they are still too low.

CASE: There’s too much competition – we need to push add-ons, like niche markets. I went to a mushroom farm on the Big Island recently and realized agriculture tourism may be one of these niche markets. Of course, there’s a lot more. Hawaii has many other specialty products we could sell around the world and promote the Hawaii brand (of tourism) at the same time. These are opportunities we can capitalize on. Yes, I support niche markets for Hawaii.

eTN: What else do you think the federal government can do to help companies achieve tourism export goals?

CASE: I can see when it comes to tourism that when people talk about traveling to the USA, they think about the Golden Gate Bridge, Statue of Liberty, New Orleans, but Hawaii often is not part of this thought process. A majority of our national advocacy work for tourism only has Hawaii included disproportionately on the sideline.

eTN: The grassroots private organization, HiTA (Hawaii Tourism Association) has an Ambassador tourism program for Hawaii. Ambassadors are tour operators that promote and sell Hawaii in their countries. Currently, Hawaii tourism ambassadors are established in countries like Singapore, Columbia, Russia, India, and Austria. They are matched with a Hawaii tourism Ambassador, who is also a friend of the media journalist, to give them support in their region. This is a private initiative started by eTN and is all done at no cost to the tax payers. It’s also producing business for Hawaii from new markets. Would you support such private initiatives?

As a Senator, I will push federal tourism activities and the need for an advisory council so that not only the big boys get a voice. The future of tourism is a broad and diverse market, and that takes representation, and that is what my role would be as a Senator – to make it more fair and effective. It is not just about large companies being represented at such committees. On a national level, it is also about Hawaii being a player in the national tourism industry. It comes back to if this would be a priority for most Senators to spend their time on tourism issues. It would certainly be for me, as a Hawaii Senator.

eTN: Hawaii is missing out on hosting many potential Pacific/Asia meetings and trade shows, even though we have top-notch convention facilities in Hawaii. There is the competition from Asia, where their tourism industry is also booming, for example, in Singapore, Bali, and other Asian cities. Hawaii would be an ideal destination for many events, but the visa process prevents this. Do you think the US may think about establishing a special convention visa, making it easier to obtain, since trade-show participants that register are easy to identify and control? Couldn’t the US use this type of visa as a model, to use an electronic visa, Skype interviews, etc., to make it easier specifically for Hawaii?

CASE: Absolutely – the same as with group travel; we could make it a lot easier, regardless if it is business or leisure group travel. Such travelers are trackable. We’re not currently tracking travelers if they overstay their visas, and this model could test such a tracking system. This is the role of a US Senator – you make your priorities someone else’s priorities. I will do that when it comes to these issues.

eTN: I just returned from Qatar and visited with the HiTA tourism Ambassador for Hawaii in Doha. One of their challenges is the quality of air service. They can get their high spending clients to Los Angeles or San Francisco on airlines like Emirates in style, but getting them in style to Hawaii is impossible considering a first-class seat on most US domestic airlines is comparable with an economy seat on Emirates. Other challenges are to help the US tourism industry in regions like Guam or the Northern Mariana Islands, both US territories, to cooperate with Hawaii on domestic or Asian international inbound travel. Due to only United Airlines flying these routes, we have a monopoly with sky-rocketing high rates that are unheard of these days. This stops any opportunity for Hawaii and other Pacific US territories to combine resources. Shipping is another monopoly. If you look at what is available at most supermarkets in California, we only see a fraction of that here.

CASE: Yes, we have several monopolies – airline, shipping, some say financial services. Many such monopolies are creations of federal law and can be changed.