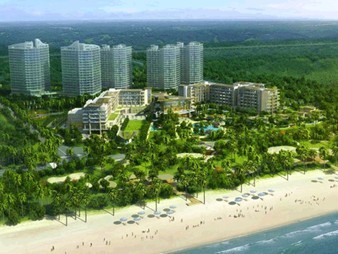 The Bo’ao resort and spa will open in 2015.
Marriott International has announced plans for the new Renaissance Bo’ao Resort and Spa, which has expanded the group’s portfolio of open and signed properties across Asia to 250.

The latest signing – to be located in Bo’ao, Hainan Province – is expected to open its doors in 2015, although further details about its facilities have yet to be confirmed.

Marriott currently has 129 hotels open throughout the region, with an additional 121 now in the group’s development pipeline – totalling more than 75,000 rooms across 15 countries.

Simon Cooper, the group’s president and managing director for Asia Pacific, said the plans to expand in the region is a result of "growth across all countries" – particularly China.

"In the past few weeks have signed landmark hotels in key locations including Macau, Vietnam and India," said Cooper.

"We continue to see excellent growth in China where we now have more than 100 open and signed hotels, and expect to open on average one hotel a month in the country for at least the next three years."

According to the US Department of Commerce, China is seeing the fastest growth of any country and is expected to see a 274 per cent increase in visitor numbers from the US by 2016.

Earlier this month, Marriott announced plans for three new properties in Thailand, which are to include the Bangkok Marriott Hotel Sukhumvit and the Rayong Marriott Resort and Spa.