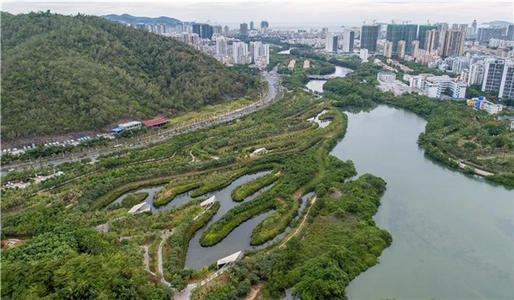 Six regions in China received "red-light warnings" for their failure in the first quarter of 2012 to do enough to conserve energy, according to a progress report the country released on Friday.

That number was down from the nine regions that had not met the standards in the same period last year.

The quarterly report was released by the National Development and Reform Commission, the country's top economic planner.

The six regions are mainly in the western parts of the country, where the "energy-saving situation is very serious".

They include Gansu, Qinghai and Hainan provinces and the Ningxia Hui and Xinjiang Uygur autonomous regions, which received the warnings last year.

The rest of the regions were adjudged to have made "basically smooth" progress in the quarter toward their energy conservations goals. The Tibet autonomous region was not included in the report because its data was insufficient.

Four provinces that were the subjects of red-light warnings in 2011 － Jiangsu, Zhejiang, Jiangxi and Henan － were not this year.

Zhou Dadi, former director of China's Energy Research Institute under the commission, said the prospects for energy conservation are brighter this year as the economy continues to be weak and strict measures remain in force to protect the environment.

Last year, China failed to attain its target for reducing its energy use. The energy used for each unit of GDP decreased by 2.01 percent in 2011, about 1.2 percentage points below what was targeted.

The goal for slashing energy consumption this year remains at 3.5 percent.

Nationally, China's economy grew at its slowest pace in three years in the first quarter. Its annual economic growth declined to 8.1 percent in that period, down 8.9 percent year-on-year.

But Guizhou's economy grew by 15 percent year-on-year in the first quarter, the highest rate seen among all regions in the country. Except Hainan, the economies of the remaining four regions that received red-warnings on the list all grew at a rate exceeding 11 percent in the first quarter.

"The result indicates that officials in some areas still regard GDP as the most important indicator and don't pay enough attention to energy saving," said Zhou, warning that decreasing demand could lead to overcapacity.

Gao Guoli, deputy director of the institute on land development and local economy under the National Development and Reform Commission, said some places in western China have only just entered into a preliminary stage of industrialization, while places in the east have entered a post-industrial stage.

"It's unrealistic to refuse all energy-guzzling projects at this initial stage," he said. "But places in the west should learn from development in the east, which came at a high environmental cost."

Northwestern regions' economic growth has come to depend more and more on coal-related industries, a situation that is expected to further tax the already fragile environment in such places, said Li Ang, climate and energy campaigner with the environmental organization Greenpeace.

"Without adjustments, the red-light warnings may accompany all of the development out west," he said.

Next news: Camper in 2nd, too close to call for the trio on the last 1k nm to Miami