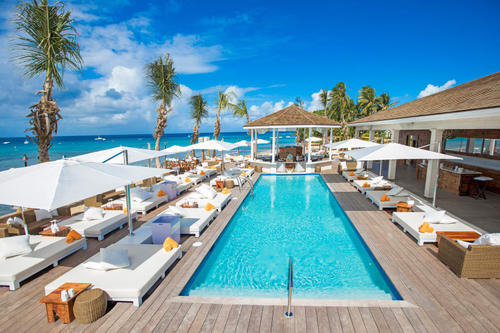 Commercial Real Estate Developer, the Castlewood Group Singapore, is expanding the Nikki Beach brand in Asia, commencing with a Hotel, Spa and Beach Club in Phuket in 2013.

In 1998, Nikki Beach launched the beach club concept bringing together dining, fashion, art, music and entertainment and was quoted by the London Observer as the 'Sexiest Place on Earth'. Over a decade later, the Nikki Beach concept has transcended its international venues and grown into a global luxury lifestyle brand – Nikki Beach Lifestyle which comprises of a clothing line, global events such as the famed Cannes and Toronto Film Festivals and the upcoming London Olympic Games, plus a Nikki Beach music label, VIP membership and concierge program as well as a hotel and resort division.

Founder Jack Penrod is so respected in the industry that the State of Florida, Miami Dade County and the City of Miami Beach honored him with the phenomenal success of Nikki Beach and his contribution to the transformation of the infamous South Beach Miami over the past 25 years by declaring Tuesday, 17 April 2012 'Jack Penrod Day'.

Castlewood Group CEO Chris Comer said, "We are delighted to contribute to the expansion of this hugely exciting and successful brand in Asia and offer our investors the chance to become part of the Nikki Beach lifestyle. The Nikki Beach Club plus The Nikki Beach Hotel and Spa in Bang Tao, Phuket will be our first offering to the market and will comprise a 5-star hotel with 151 luxurious suites and a mix of 23 sky villas and exclusive villas all with private pools and gardens. In addition there is a 45-metre free form swimming pool, roof top infinity pool with bar and lounge overlooking an external yoga area. Combined with the glamour of the Nikki Beach Club this will be the place to be seen in Phuket."

Investors can buy into the Nikki Beach Hotel and Spa, Phuket starting from Sin$60,280 and can select fixed returns with a 5% guaranteed returns for 8 years or variable returns which have the potential to achieve up to 30% per annum. The investment offers an early exit in 2016 and a full term managed exit in 2020. The investment has no stamp duty and is HDB friendly.

Plans for the Nikki Beach hotel and Spa, Phuket have been warmly received. At the recent Asia Pacific Hotels Awards sponsored by RICS ( Royal Institute of Chartered Surveyors,) and HSBC held on 27 April 2012 – Nikki Beach Hotel and Spa Phuket won an award for New Hotel Design and Construction Thailand 2012 & 2013.

"We are thrilled to be collaborating with the Castlewood Group as they have a rich pedigree in selling, managing and marketing outstanding properties worldwide. Our first property in Asia was the Koh Samui Beach club which is proving to be a great success. We can't wait to expand the excitement of Nikki Beach in Asia as we know we have many fans and followers of the brand and our choice of partner is absolutely critical to making this an outstanding experience for everyone," said Founder and President of Nikki Beach, Jack Penrod.

Next news: PUMA, CAMPER, Telefonica look to drag race in the final 1000nm to Miami